Four months’ jail for Nepalese who beat up security guard 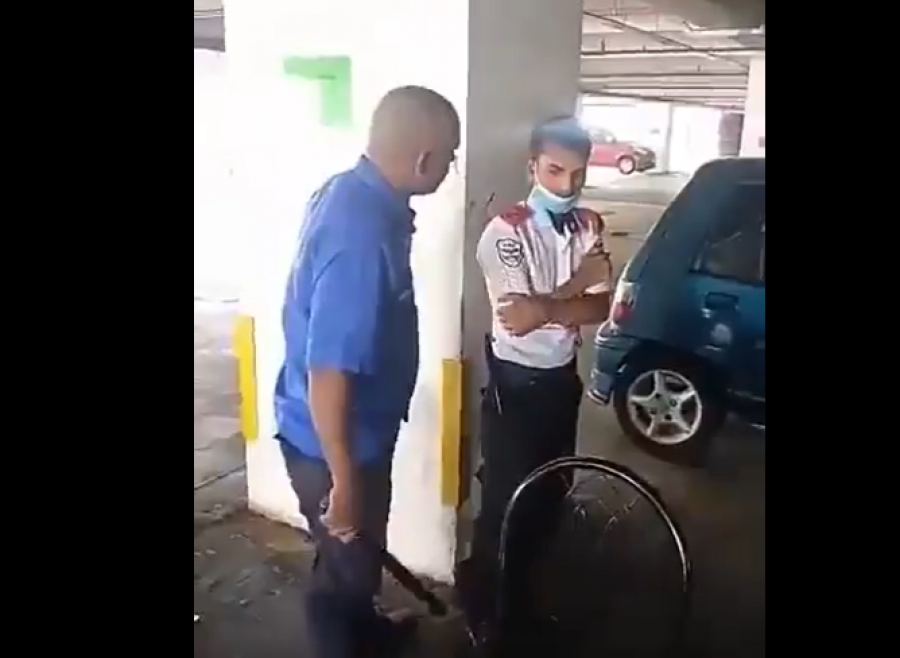 KUALA LUMPUR —  A Nepalese man was sentenced to four months’ jail by the Magistrate’s Court, here, on Tuesday (Aug 11) for beating up a security guard of the same nationality. A recording of the incident went viral recently, local media The Star writes.

Magistrate Wong Chai Sia passed the sentence on Ram Gopal Murau after he pleaded guilty to the charge read out to him in Bahasa Malaysia.

The court ordered the accused to serve the jail sentence from Aug 3, the date of his arrest.

Ram Gopal was accused of voluntarily causing hurt to Eslam Husen by beating him up with a truncheon at the parking lot of a shopping complex in Taman Melati, here, at noon on July 7.

He was charged under Section 324 of the Penal Code which provides for jail term of up to 10 years or a fine or both, if convicted.

Earlier, Deputy Public Prosecutor Wan Ahmad Hakimi Wan Ahmad Jaafar asked the court to impose an appropriate sentence to serve as a deterrent, while the accused who was unrepresented appealed for a lenient sentence.

In the same court, vegetable seller V. Vigneswaran, 29, was fined RM2,500 or two months’ jail after he pleaded guilty to voluntarily injuring his employer with a ukelele in front of the PPR Sri Selangor lobby, Dang Wang, here, at 5.30 am on Aug 6.

The charge was made under Section 324 of the Penal Code, which carries a jail term of up to 10 years or a fine or whipping or any two of the punishments.