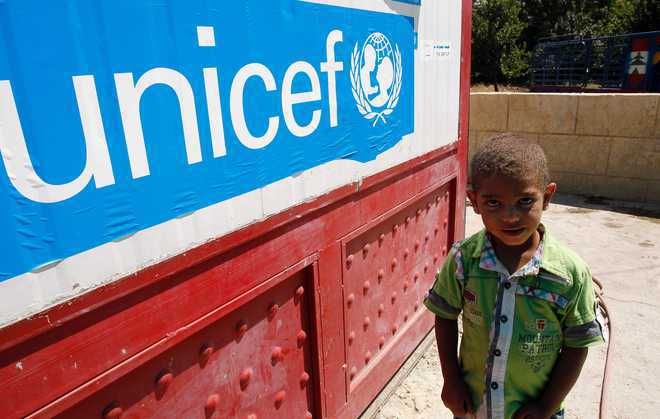 With several vaccine candidates showing promise, the UNICEF, in collaboration with the Revolving Fund of the Pan American Health Organisation (PAHO), will lead efforts to procure and supply doses of COVID-19 vaccines on behalf of the COVAX Global Vaccines Facility for 92 low and lower-middle-income countries, whose vaccine purchases will be supported by the mechanism.

The UNICEF will also serve as procurement coordinator to support purchases by 80 higher-income economies, which have expressed their intent to participate in the COVAX Facility and would finance the vaccines from their own budgets, it said.

The vaccine procurement and distribution effort, involving over 170 economies, has the potential to become the world’s largest and fastest ever operation of its kind.

“This is an all-hands on deck partnership between governments, manufacturers and multilateral partners to continue the high-stakes fight against the COVID-19 pandemic,” UNICEF executive director Henrietta Fore said.

“In our collective pursuit of a vaccine, the UNICEF is leveraging its unique strengths in vaccine supply to make sure that all countries have safe, fast and equitable access to the initial doses when they are available,” she said.

The UNICEF will undertake these efforts in close collaboration with the World Health Organisation (WHO), the Gavi the Vaccine Alliance, the Coalition for Epidemic Preparedness Innovations (CEPI), the PAHO, the World Bank, the Bill and Melinda Gates Foundation, and other partners. The COVAX Facility is open to all countries to ensure that no country is left without access to a future COVID-19 vaccine.

About 28 manufacturers have shared their annual production plans for COVID-19 vaccines — through 2023 — with the UNICEF, which said in a market assessment that the drug makers were willing to collectively produce “unprecedented quantities” of vaccines over the coming one to two years.

However, manufacturers signalled that investments to support such large-scale production of doses would be highly dependent on, among other things, whether clinical trials were successful, advance purchase agreements were put in place, funding was confirmed, and regulatory and registration pathways were streamlined.

The UNICEF said a key next step would be ensuring self-financing economies sign up for the COVAX Facility by 18 September, which would allow COVAX to support early, at-risk investments in increasing manufacturing capacity on a broad scale.

“The UNICEF has been a critical partner in Gavi’s success over the last two decades,” Gavi chief executive officer Seth Berkley said.

Over the 20 years, Gavi has reached over 760 million children with life-saving vaccines, preventing more than 13 million deaths.

“The (UNICEF) helped us reach more than half the world’s population with life-saving vaccines. This expertise and experience will be important in ensuring that COVAX — as a global effort to procure and deliver safe and effective COVID-19 vaccines on an accelerated timeframe and at an unprecedented scale — can protect the most at-risk, wherever they may be in the world,” Berkley said.

“Together, we can work to end the acute stage of this pandemic, including its devastating impact on individuals, communities and economies,” Berkley added.

The COVAX Global Vaccines Facility is the vaccine pillar of the ACT-Accelerator, an initiative launched in April to speed up the development of medicines to treat COVID-19 and make them available to people everywhere.

It is operated by Gavi, the Vaccine Alliance; the CEPI and the WHO, alongside multinational and developing country vaccine manufacturers.

The facility works to ensure as many countries as possible cooperate to pool development, procurement and allocation of any COVID-19 vaccines. PTI