Shots fired in the Himalayas: a dangerous development in the China-India border standoff - South Asia Time

Shots fired in the Himalayas: a dangerous development in the China-India border standoff 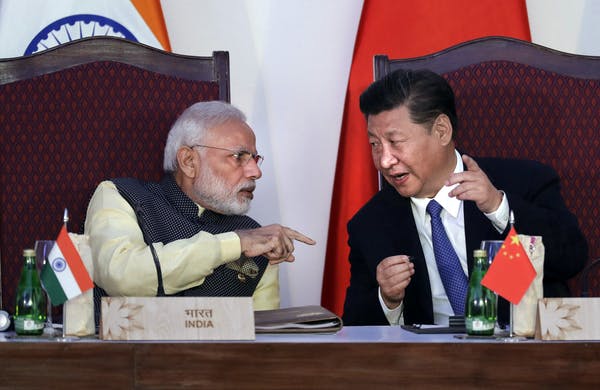 In the midst of all the stories about China’s oppression in Hong Kong and Xinjiang and its expulsion of foreign journalists, a recent clash on its border with India may pose the greater threat to Asian security.

For the first time in 45 years, shots were fired this week.

Confrontation on the roof of the world

During the evening of September 7, Chinese and Indian troops confronted each other along their undefined, de facto border, known as the “Line of Actual Control” (LAC).

This in itself was not unusual. The two sides have been locked in several tense standoffs along the LAC since May.

What makes this confrontation stand out is it involved the first known use of firearms on the border in almost half a century.

China and India have accused each other of provoking this confrontation, which occurred in the Rezang-La heights area, just south of Pangong Lake.

According to Indian reports, there were between 30 and 40 Chinese troops involved. Photographs published in Indian media show Chinese soldiers armed with crude Guandao-style polearms, as well as standard issue rifles.

It is unclear how many Indian troops were involved or how they were equipped.

China claims Indian troops crossed the LAC and “blatantly fired shots” when Chinese border troops moved to deter them. India, has strenuously denied this, saying Chinese soldiers crossed the LAC and were blocked by an Indian forward position, who they then tried to intimidate by firing “a few rounds in the air”.

No troops have been reported injured or killed.

Regardless of which side actually fired the shots, the tactic did not work. Both Chinese and Indian soldiers remain in a stand-off, reportedly only 200 metres apart.

This recent exchange represents a troubling escalation between the two countries. It directly contravenes the rules and norms painstakingly established by China and India to govern behaviour on the border.

Negotiations on the disputed border have always been tough for China and India. The two sides took nearly 12 years of tentative negotiations before signing their first treaty in 1993, in which they agreed to “maintain peace and tranquillity” along the LAC.

Subsequent agreements were reached after negotiations in 1996, 2005 and 2013. These govern military conduct on the border and guidelines for a diplomatic resolution.

The prohibition against the use of weapons along the LAC was first laid out in the 1996 agreement.

Neither side shall open fire, cause bio-degradation, use hazardous chemicals, conduct blast operations or hunt with guns and explosives within two kilometres from the Line of Actual Control.

Until this week, China and India have upheld this agreement, even when previous border patrol confrontations became heated.

However, both sides have been pushing the limits of what the other will tolerate and have trying to exploit loopholes and technicalities for several years now.

Border confrontations have gradually escalated from farcical shoving matches to fully-fledged brawls and stone flinging, which caused injuries in 2017.

This year has seen both sides up the ante, with the introduction of makeshift clubs in a lethal melee at the Galwan Valley in June and China now seemingly equipping some border patrols with polearms.

Earlier this month, Indian media reported India was using new rules of engagement. This change allows its border troops to use whatever means are available for “tactical signalling” against the Chinese.

As two of the world’s largest militaries – and two nuclear-armed countries – even a limited border war between China and India would be devastating for regional peace and stability. It would likely ruin what little cooperation there is left and potentially pull in third parties, such as Pakistan or the United States.

It is clear from the flurry of diplomatic activity between China and India over the past months that they feel the gravity of their situation.

But despite both sides proclaiming they seek a peaceful resolution to the ongoing standoffs, a culture of mistrust continues to poison discussions.

China and India’s foreign ministers are scheduled to meet in Moscow on Thursday to discuss the border standoff in person for the first time since the crisis began.