Onion prices in Bangladesh jumped by more than 50 per cent 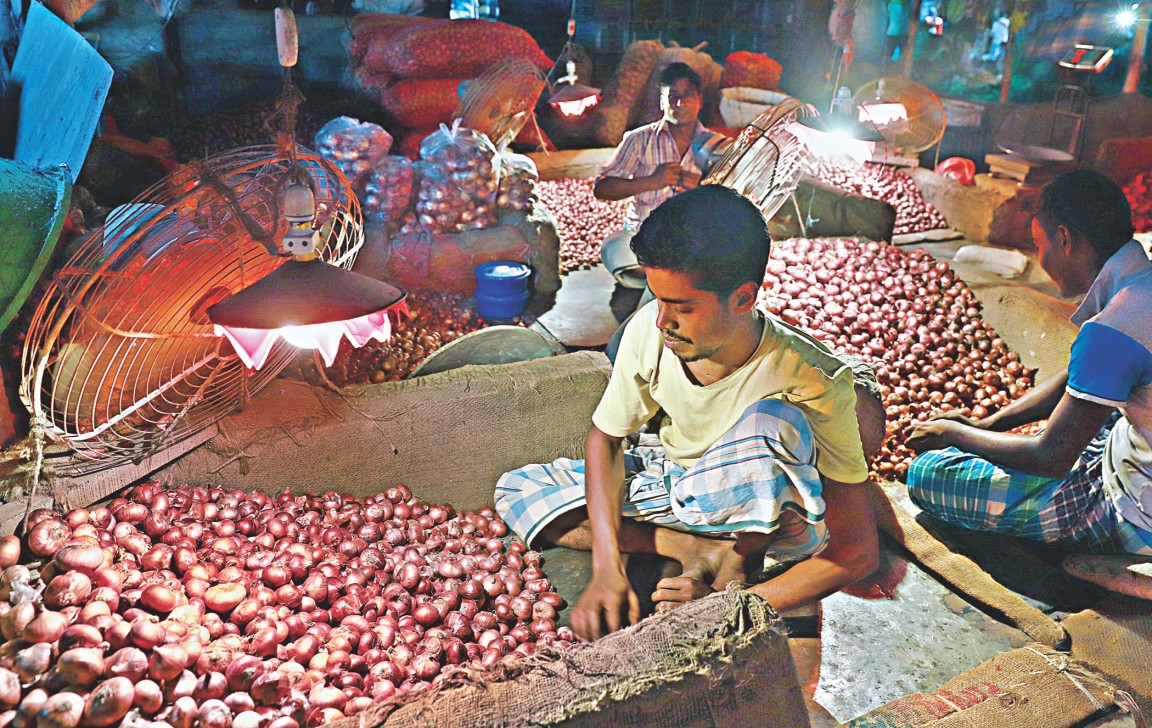 ONION prices in Bangladesh jumped by more than 50 per cent on Tuesday(15), following a ban on exports by largest supplier India after its crop was damaged and harvesting delayed by excessive rain, industry officials said.

The surprise move, which took immediate effect on Monday(14), could help cut prices in India, but boost prices in Asian nations such as Malaysia, Nepal and Sri Lanka, apart from Bangladesh, since they rely on Indian shipments.

“What will we eat now?” asked Dhaka garment worker Munna Khan, who was laid off from his job in March after the coronavirus outbreak shuttered many businesses, hitting incomes for many, while driving up the prices of commodities, Eastern eye reports.

“Prices of all items went up when we have no income.”

“Many trucks are standing on the Indian side with onions,” said trader Saiful Islam. “Now we are wondering what will happen to those supplies.”

India is the biggest supplier of onions to neighbouring Bangladesh, which buys a yearly average of more than 350,000 tonnes.

Onion prices in Bangladesh had jumped to a record 250 taka in 2019 after a similar Indian ban forced the government to fly in onions.

“Our target is to import onions in the shortest possible time,” he added. “The government is importing 100,000 tonnes of onions from Turkey and other countries.”

Dhaka sparked a rush by many poor people this week, when it offered onions at a subsidised rate of 30 taka a kilo, although some were left empty-handed on Tuesday, when supplies ran out.

In India, prices have tripled in a month to 30 rupees a kg as the summer-sown onion crop in the southern states of Karnataka and Andhra Pradesh was damaged by excessive rainfall, traders said.

India’s key onion-producing states have received as much as 41% more rainfall than normal since the monsoon season began on June 1.

“Supplies from the new crop have been delayed by nearly a month,” said Ajit Shah, president of the Mumbai-based Onion Exporters’ Association.

“Prices could remain firm in the short term.”