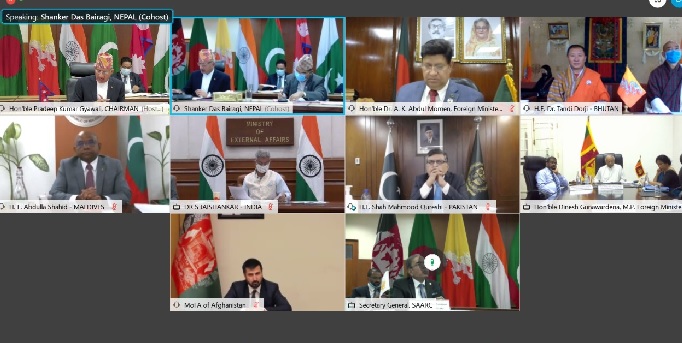 Earlier today, India took up the issue of cross-border terrorism at the informal meeting of SAARC Foreign Ministers which happened virtually on the sidelines of UNGA this year.

Only then will we see enduring peace, prosperity and security in our South Asia region”. External Affairs Ministry spokesperson Anurag Srivastava said Jaishankar stated at the meeting that over the last 35 years, SAARC has made significant progress but efforts toward collective collaboration and prosperity have been hampered by acts of terrorism.