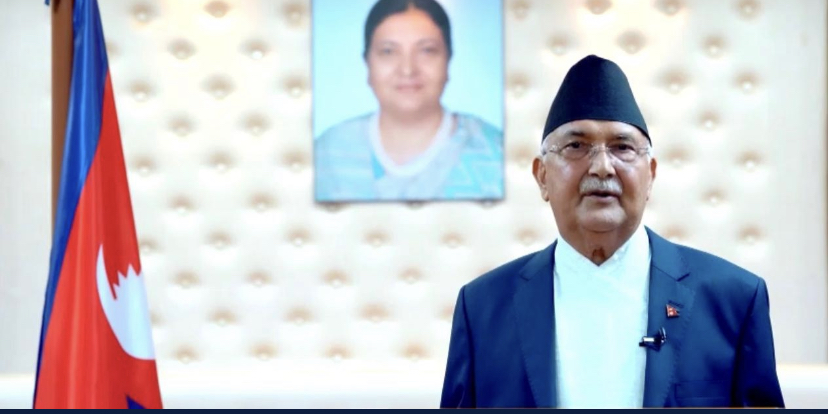 UN News— “As we embark on the Decade of Action to implement the 2030 Agenda [for Sustainable Development], the current crisis has pushed us to the brink of losing the gains made in achieving the Sustainable Development Goals (SDGs),” Prime Minister K.P. Sharma Oli told world leaders, via a pre-recorded video message.

Landlocked, least developed and small nations – which are more susceptible to drop-offs in tourism, remittances and supply chain disruptions – are facing obstacles in the provisions of resources, social protections and health services, he said.

“Poverty is increasing, mostly in developing countries, for the first time in the last twenty years,” the Prime Minister added, noting that the global health crisis has affected his country’s efforts to graduate from the LDC category.

In order to prevent inequalities from deepening, global actions and efforts to recover from the pandemic should be centred on the SDGs, he said.

In his address at the General Assembly’s annual debate, Prime Minister Oli said that in 2019, the global military expenditures amounted to $1.9 trillion, stressing that a fraction of those resources could bring respite to the millions of people suffering from poverty, hunger and deprivation.

At present, he said, we know what is more important – nuclear weapons or accessible vaccine against COVID-19.

“The world needs more masks, not muskets; more protective equipment, not destructive weapons; and more social spending to save lives, not military spending to destroy lives,” said the Nepalese Prime Minister, reiterating the call for a general and complete disarmament of all weapons of mass destruction.

Warning that climate change remains an existential threat, Prime Minister Oli said that Nepal is focusing on preserving its forest and mountain ecosystems, which, he said, work as “environmental purifiers.”

He informed the General Assembly that while his country uses climate friendly power generation and economic activities, and has negligible emissions, “it is an unpleasant irony” that it bears the most severe brunt of climate change.

Voicing concern over the impact of global warming and pollution on ecosystems, the Prime Minister called for the full and effective implementation of the Paris Agreement on Climate Change, robust climate action, and easy access to climate financing.

Wrapping up, Prime Minister Oli assured the General Assembly of Nepal’s enduring faith in multilateralism with the UN at is core, while noting also the need to reform the Security Council to make it more representative, transparent, democratic and accountable.

“At this historic 75th anniversary of our Organization, let us recommit to uphold those values and work together in a spirit of cooperation and solidarity to lead humanity to peace and prosperity,” he said.