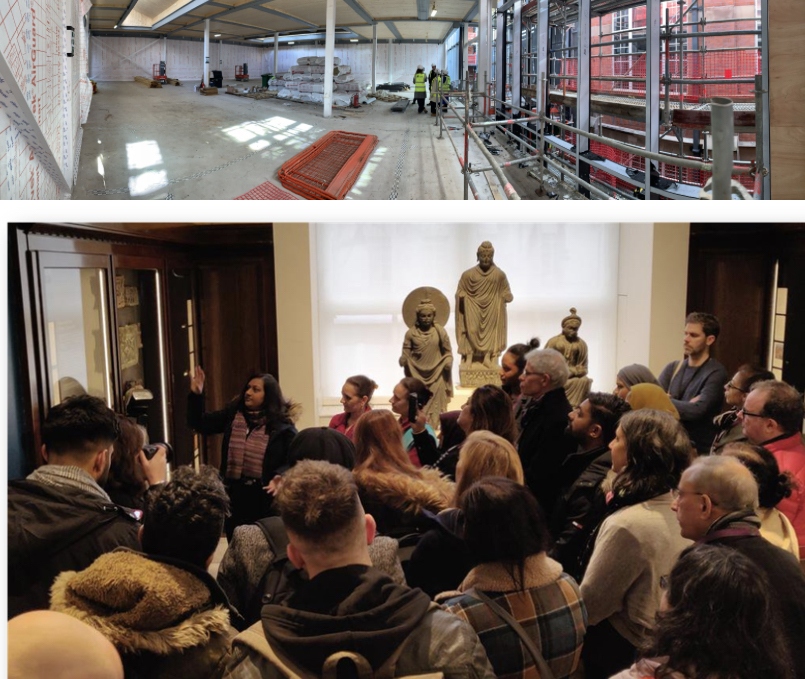 London — Manchester Museum, part of the University of Manchester, has appointed the Studio C102 and Mobile Studio Architects as the design team for its new permanent South Asia Gallery, which will open in August 2022.

In collaboration with the British Museum and the South Asia Gallery Collective, Studio C102 and Mobile Studio Architects will join Manchester Museum on its journey to create an exceptional new co-curated and co-designed space. These two studios have formed an exciting new consortium to deliver this project, a press statement issued by the Museum said.

At 372m2, the gallery will be the first and largest permanent gallery in the country dedicated to exploring the stories, experiences, culture and contributions of South Asian diaspora communities in the UK. It will bring together lived experience and world-class collections, including loans from the British Museum, in what will be the largest permanent gallery in the Museum. At its centre, there will be a performance space for generating and sharing new perspectives and stories.

The South Asia Gallery will bring extraordinary objects from the British Museum to Manchester, to be displayed alongside the very best of Manchester Museum’s own South Asian collections, including the natural sciences. The visually stunning gallery will welcome visitors with beautiful displays and a dynamic contemporary take on South Asian and British Asian culture.

Esme Ward, Director of Manchester Museum, said, “We are delighted with this appointment. Studio C102 and Mobile Studio Architects have shown their commitment to being open, accessible and inclusive in their approach. With their collaborative spirit and dedication to co-design, this gallery will be a brave and bold space; a place for emotional connections and new perspectives.”

Kyriakos Katsaros, Studio C102, and Chee-Kit Lai, Mobile Studio Architects, said, “Studio C102 and Mobile Studio Architects are excited to be working with Manchester Museum, the South Asia Collective and the British Museum to co-design the new South Asia Gallery. The new gallery will inspire the South Asian diaspora community to connect with its own heritage and open up Manchester Museum’s doors to new audiences.”

Hartwig Fischer, Director of the British Museum, said, “This is a very exciting development in the design of our Partnership Gallery with Manchester Museum, and I look forward to seeing how the consortium works with the South Asia Gallery Collective and colleagues in the creation of this important and innovative space.”

The South Asia Gallery developed in partnership with the British Museum is a keystone of hello future, an exciting new £13.5 million project to transform Manchester Museum. The two-storey extension will also include a new Exhibition Hall dedicated to major temporary shows and extraordinary projects. The rest of the Museum is being reshaped to create a stunning new Lee Kai Hung Chinese Culture Gallery, further displays, shop, café and new entrance.

hello future is supported using public funding by Arts Council England and supported by The National Lottery Heritage Fund, The University of Manchester, and the generosity of numerous philanthropic supporters.

Manchester Museum, part of The University of Manchester, first opened in 1890. It is the UK’s largest university museum with a collection of about 4.5 million items from every continent. Its combination of the academic and the popular is what makes the Museum so distinctive and lies at the heart of its widespread appeal. Every year over half a million people visit the Museum, the statement said.