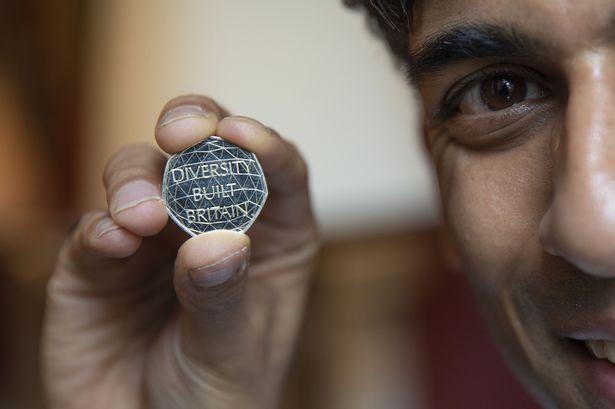 London — New coins, with the message “Diversity Built Britain” and featuring a geodome, will enter general circulation from Monday.

The new 50p follows a campaign led by the ‘We Too Built Britain’ group and marks the start of a series which will cover a wider range of Britain’s ethnic minority contributions on coins and notes in the future, with British Indian spy Noor Inayat Khan among those in the running.

Around two-and-a-half million coins celebrating the contributions ethnic minority communities have made to the UK will enter circulation on Monday.

The coins will feature the words “Diversity built Britain”, along with a geodome representing connection and strength, sky news writes.

Dominique Evans previously designed coins marking VE Day and the sapphire anniversary of the Queen’s coronation, and came up with the new 50p using her experiences of growing up as a mixed-race woman as inspiration.

She said: “When designing this coin, I began by thinking about the people who inspire me and what diversity has meant in my life. I believe that no matter where you are born, we all belong under the same sky and this was the starting point of the design.

“The background of the coin features a geodome with a series of interconnecting lines and triangles that form a network. Each part is equal, and symbolises a community of connection and strength.”

The coin was commissioned by Mr Sunak after discussions with the We Too Built Britain campaign, which supports fair representation of the contributions of ethnic minority communities.