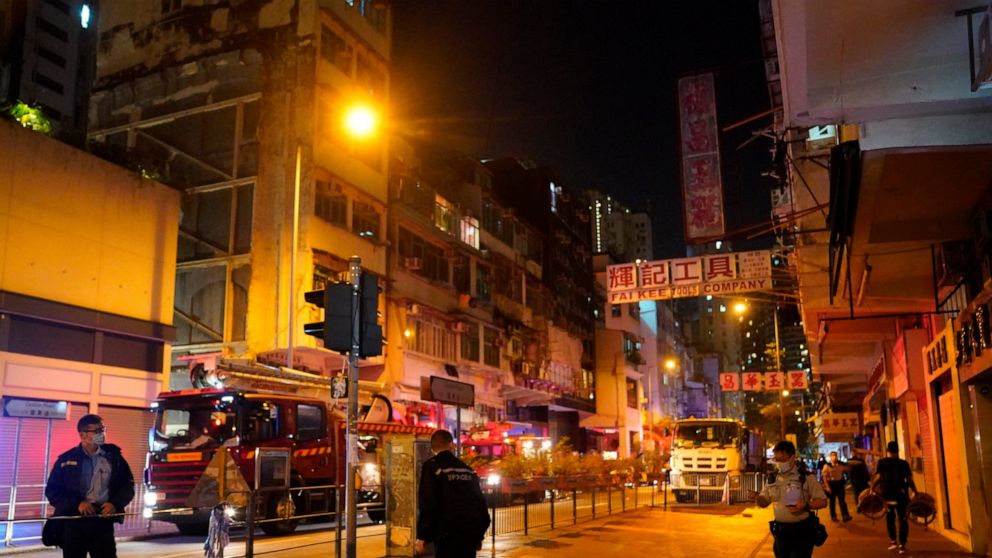 Hong Kong — Seven people were killed and several others were injured when a blaze tore through an apartment in Hong Kong on Sunday, the deadliest fire to hit the finance hub in nearly a decade.

Victims of a deadly fire at a Jordan tenement block on Sunday night were believed to have been celebrating Diwali and a birthday, reports say.

Reports from the scene said lit candles had set soundproofing material ablaze at an unlicensed Nepalese restaurant inside the building.

The fire killed seven people and injured more than a dozen, with several people critically ill.

Chief Executive Carrie Lam inspected the site of the fire on Monday morning, and was briefed by officers from the Fire Services Department, local online rthk.hk writes.

In a statement issued overnight, she had expressed “deep sadness” over the tragedy, and ordered a thorough investigation into the blaze.

Members of the Executive Council also expressed their condolences to the families of the victims, and pledged to offer all necessary assistance.

“We do worry about it because as you see, this is a really old building and the fire system is not that good so it’s really dangerous if any fire happens,” he said.

A Nepalese woman at the scene, meanwhile, said she was saddened that such a tragedy happened during the Hindu festival of Diwali.

“It’s hugely tragic for the whole family … I just want to pray for all the families … [I feel] so sorry for them”, she said.

The government has designated a nearby community centre as a temporary shelter for people whose homes have been affected by the fire.