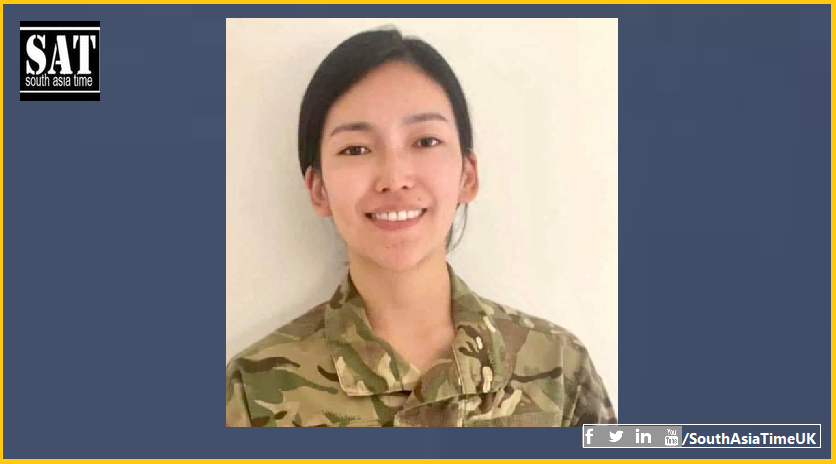 London-  Ms Anshu Gurung, daughter of a Gurkha veteran, has been promoted to the post of Captain in the Gurkha Regiment of the British Army.

Anshu, who is a dentist by training, has become the first woman to serve as the Captain in the history of Gurkha Regiment.

She is daughter of Retd. Colour Sergeant of the Brigade of Gurkhas,  Amar Gurung, and Mrs Shuku Gurung. The Gurung family live in Farnborough.

Anshu completed her Dentist course from the Queen Mary University prior to joining the British army. Her Grandfather Late Ram Prashad Gurung was also a Gurkha veteran who served with the  Gurkha Rifles in India and was awarded ‘Mahavir Chakra’.

The British government had said that it would start recruiting women in the Brigade of Gurkhas. However, the recruitment has not begun yet.