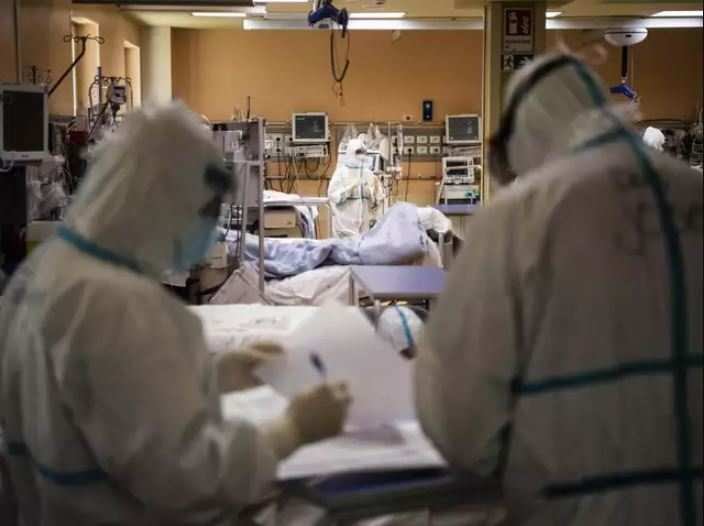 PTI , WASHINGTON: The economic consequences of Covid-19 pandemic on South Asia are proving to be even greater than the healthcare challenges in the region, according to a report compiled by a top American think-tank.

Titled “Nine Months of Covid-19: The Impact on South Asia”, the report released by the Hudson Institute think-tank on Friday, is co-authored by Husain Haqqani, former Pakistan ambassador to the US, and Aparna Pande and is an update to their 30-page report “

from Kolkata to Kabul: Covid-19’s Impact on South Asia” published in May 2020.

All these countries have poor healthcare infrastructure and are home to large numbers of people living below the poverty line, setting the foundation for uphill battles when tackling health crises, he said.

“In order to ensure a safe return to normal life and a resumption of economic activity, South Asian governments would benefit from focusing more on the development of human capital, Haqqani said.

, the country is once again facing a rise in infection.

“In addition, the last nine months have witnessed further curtailment of media and political opposition, an economy in crisis, and increasing role of the military,” it said.

According to the report, in Sri Lanka too, the pandemic has worsened the debt crisis and tightened the grip of the Rajapaksha brothers on polity and society.

With rising cases, Bangladesh is the second most severely hit economy and the pandemic has worsened income inequality, it said.

Turning to Afghanistan, while the healthcare crisis is taking its toll, the Afghans are also suffering from the continued violent attacks by the Taliban and ISIS, it added.

When it comes to India, the largest country in the region, the report notes that while the India-US relations “remain on an upward trajectory” with an economy that has slowed down drastically, and a clamping down on dissent within the country, “India’s democratic credentials face challenges.”

The report points to China’s continued “attempts to deepen its strategic and economic ties with countries in the region”, warning that the “the global US-China peer competition will also play out in South Asia, with Pakistan and Sri Lanka becoming closer to China and other countries safeguarding their options.”

According to Johns Hopkins University, more than 1,349,700 people have died and there are over 56,270,000 confirmed cases across the world.