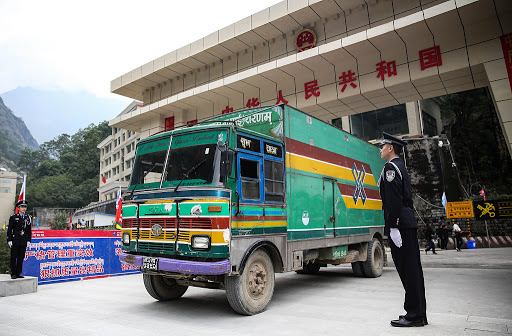 KATHMANDU, Xinhua — Nepal’s trade with China decreased on a year-on-year basis during the first four months of the current fiscal year 2020-21 that began in mid-July amid the COVID-19 pandemic, data from Nepal’s Department of Customs showed on Tuesday.

China is the second largest trading partner of Nepal after India.

“Decreased import from China is a part of overall downturn in overall imports of the country,” Suman Dahal, director general at the Department of Customs told Xinhua on Tuesday.

During the first four months of this fiscal, Nepal’s overall imports declined by 10.62 percent to 3.38 billion U.S. dollars on a year-on-year basis, as the global supply chain has been disrupted by the coronavirus.

“Another reason why trade with China was affected is due to limited imports from China through the land routes. But the country has been receiving Chinese goods well through the sea route via India,” Dahal said.

The Rasuwagadhi-Kerung (Geelong) and Tatopani-Zhangmu border points had been closed for several months due to the pandemic, before reopening in September and October respectively.