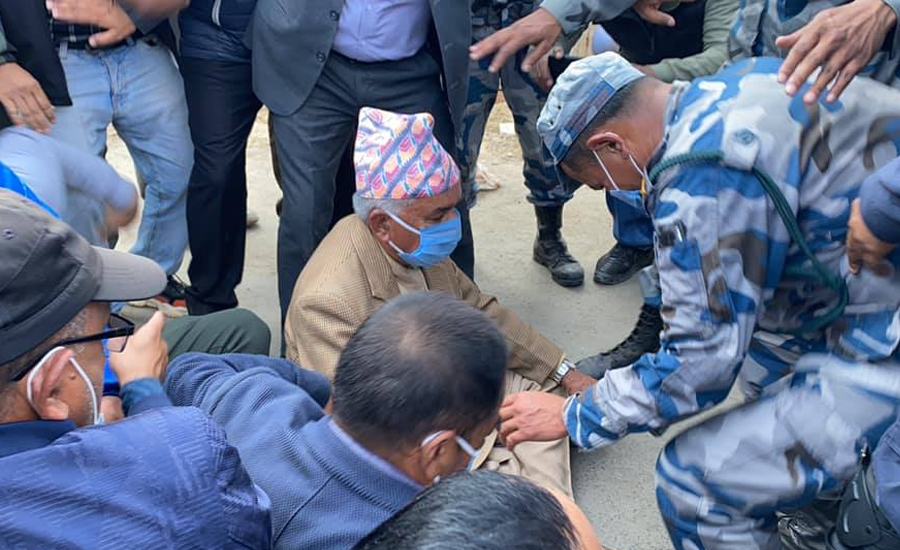 Kathmandu, ANI — Senior opposition leader Ram Chandra Paudel was arrested from Tanahun District on Wednesday afternoon, for defying prohibitory orders imposed by the district administration.“He has been arrested for flouting the restriction order from 12 noon to 6 pm today issued by Chief District Officer. Paudel went to inaugurate a bridge despite the order and we had to arrest him,” Arun Paudel, Superintendent of Police, Tanahun told ANI over phone.Members of the Nepal Student Union of the opposition Nepali Congress and Yuba Sangh Nepal of the ruling Nepal Communist Party clashed over the inauguration of the bridge over the Buldi Khola linking Talghare and Dumsi, which was scheduled today.The police official said several rounds of tear gas were fired to disperse the crowd and bring the situation under control.Meanwhile, the former Deputy Prime Minister Ram Chandra Paudel took to Twitter to post about his arrest and demanded the government stop suppressing public and opposition.