Economic and social impact of coronavirus in South Asia 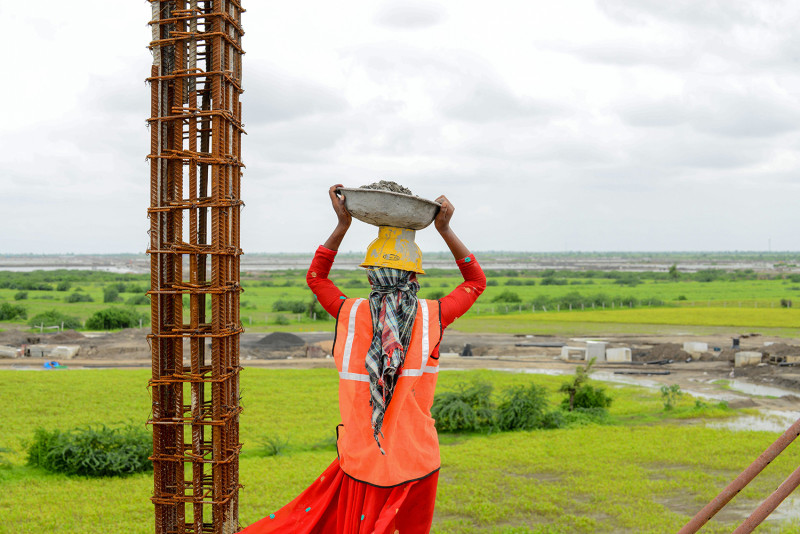 Governments in South Asia, one of the poorest areas in the world, are ruthlessly imposing the burden of economic devastation created by the coronavirus pandemic onto the working masses.

Published early this month, the World Bank’s 2021 Global Economic Prospects, notes that the pandemic “has had a devastating impact on South Asia, leading to an estimated 6.7 percent output contraction in 2020.”

Regional growth will be 3.3 and 3.8 percent in 2021 and 2022, respectively, the report states. It predicts a 16 percent drop in South Asia’s pre-pandemic output levels until 2022 and “weaker-than-expected” growth.

Referring to the social impact on working people, the report blandly states, “Human capital will be eroded by higher long-term unemployment, disruptions in education, and deteriorating health outcomes.”

Global Economic Prospects points out that the most vulnerable social layers in South Asia are in the “informal sector,” where 80 percent of the region’s working population is engaged and who suffered severe income losses last year. This includes temporary workers, the self-employed, day-labourers and those in restaurants, transportation or domestic service work. They have no job security, pensions or health facilities.

Referring to increases in unemployment and poverty, the report notes that “close to a hundred million new poor —those below the $US1.90 per day poverty line—will be living in the region by the end of this year” (emphasis added).

According to the International Monetary Fund’s (IMF) estimates, the number of people living in extreme poverty in India has already risen from 80 million in 2018 to 120 million in 2020.

It estimates that “livelihood losses” during the pandemic in Pakistan is over 20 million while in Dhaka and Chattogram where 26 million of Bangladeshis live, 68 percent of jobs were lost. In Sri Lanka millions of workers lost jobs across the informal sector as well as in the tourism and apparel industries.

Cheap government loans with “policy rate cuts of about 250 basis points (2.5 percentage points) on average in 2020, and 625 basis points in Pakistan,” have also been provided, the report notes. A blog by World Bank economists entitled “End of Poverty in South Asia” points out that, “relief programs for firms usually rely on formal channels, such as big banks, which may not reach most small and micro firms.”

The rate cuts and government stimulus packages during the pandemic have boosted stock markets values and the wealth of big businesses and billionaires throughout South Asia. India’s two richest individuals, Mukesh Ambani and Gautam Adani, for example, increased their wealth by at least by 25 and 100 percent respectively last year. According to Oxfam, India’s wealthiest 10 percent hold 77 percent of the county’s total wealth.

While South Asia is a tax haven for big investors this has not satisfied big business. The Confederation of Indian Industry (CII) and Federation of Indian Chambers of Commerce and Industry (FICCI), the country’s biggest lobby groups, are demanding more tax reductions in Modi government’s forthcoming February budget to “encourage domestic manufacturing.”

In Sri Lanka, the Rajapakse government’s 2021 budget reduced most corporate and income taxes to between 14 and 18 percent, the lowest in South Asia. These reductions were provided while taxes were increased on essential food items and other basic goods purchased by working people. Official food inflation rates have increased to 10 percent by the end of last year.

The pre-pandemic economic stagnation in South Asia has been exacerbated by the extensive concessions and fund transfers to big businesses, low demand in the US, Europe, and China for South Asia’s labour-intensive exports, and abrupt halt to the tourism with the onset of the coronavirus pandemic.

South Asian governments have responded to falling exports to US, Europe and China and an abrupt drop in tourist income by seeking International Monetary Fund loans, along with bilateral arrangements, commercial borrowings and money printing. This has drastically increased overall debt in the region.

As the World Bank report notes, “The risk of debt distress is elevated in several economies, especially Maldives, Pakistan, and Sri Lanka, with decisive action required to maintain macroeconomic stability.”

Sri Lanka’s debt situation has significantly worsened over the past year, with all the major global rating agencies degrading the country’s rating to the “substantial risk” level. Sri Lanka’s rating is the worst in South Asia, with the country’s debt at almost 100 percent of its gross domestic product (GDP).

Colombo is depending on China and other countries, such as India, the US, Japan, and France, to obtain bilateral loans to cover its repayments. Up until October, an additional 730 billion rupees were printed in order to provide extra credit for the government. Sri Lanka is also attempting to increase foreign direct investment by selling off state-owned assets such as parts of Colombo port, along with hotels, and land.

Pakistan is resuming talks with the IMF on more austerity measures in order to obtain a $6 billion loan because its foreign reserves are dwindling. Bangladesh also obtained a $732 million IMF emergency loan during the pandemic.

A key source of foreign income for South Asia governments and a major component of the regional working class are migrant workers who have faced severe exploitation and hardships during the pandemic. This includes the danger of infection, job cuts, evictions from workplaces and even starvation.

According to some reports, 1,423 Bangladeshi and 89 Sri Lankan migrant workers have died from the coronavirus in foreign countries. Most of these tragedies occurred in the Persian Gulf where almost 50 percent of the South Asian migrant workforce is employed.

The ruling classes throughout South Asia are imposing the economic cost of the pandemic onto the working class and the oppressed masses and they all know that they are sitting on top of a social volcano. This is why there is a rapid shift to authoritarian forms of rule in every country and a turn to provoking communalism in a desperate attempt to divide the working class. ( This article was originally published in :  www.wsws.org  )