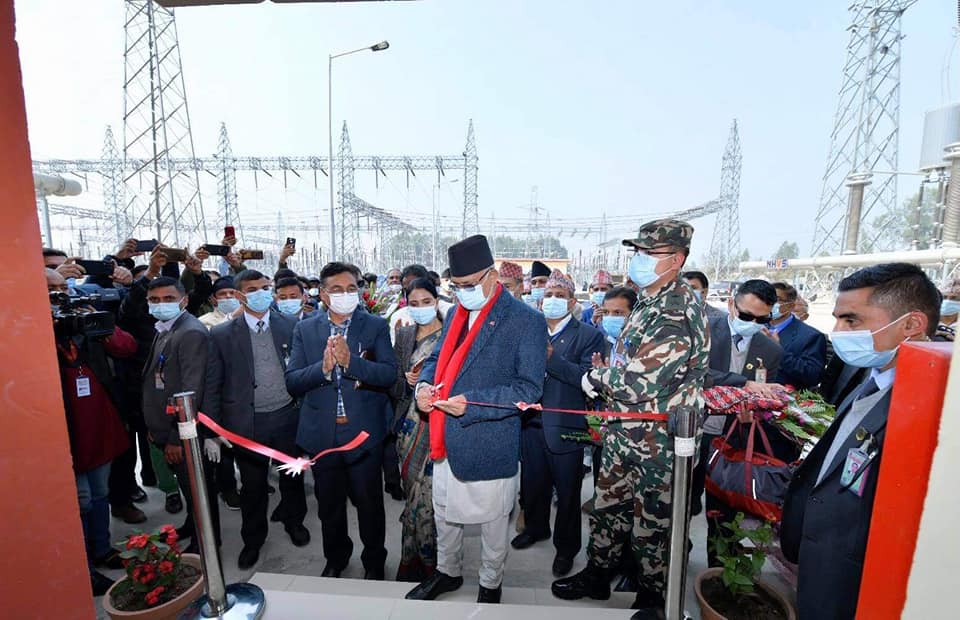 Kathmandu  —  Prime Minister KP Sharma Oli has said that infrastructure has been built to sell power to India and Bangladesh in days ahead.

The power substation was constructed at the joint investment of the government of Nepal and Nepal Electricity Authority and a concessional loan of the World Bank. It is of 400, 220, and 132 KV capacity.

The largest among the operational substations in the country, its tests were conducted last month with the additional power of 315 MVA.

After the completion of the construction of 400 KV transmission line from Hetauda to Inaruwa, the capacity to transfer up to 2,000 MW electricity towards Hetauda and up to 2,000 MW towards Inaruwa would be ready.