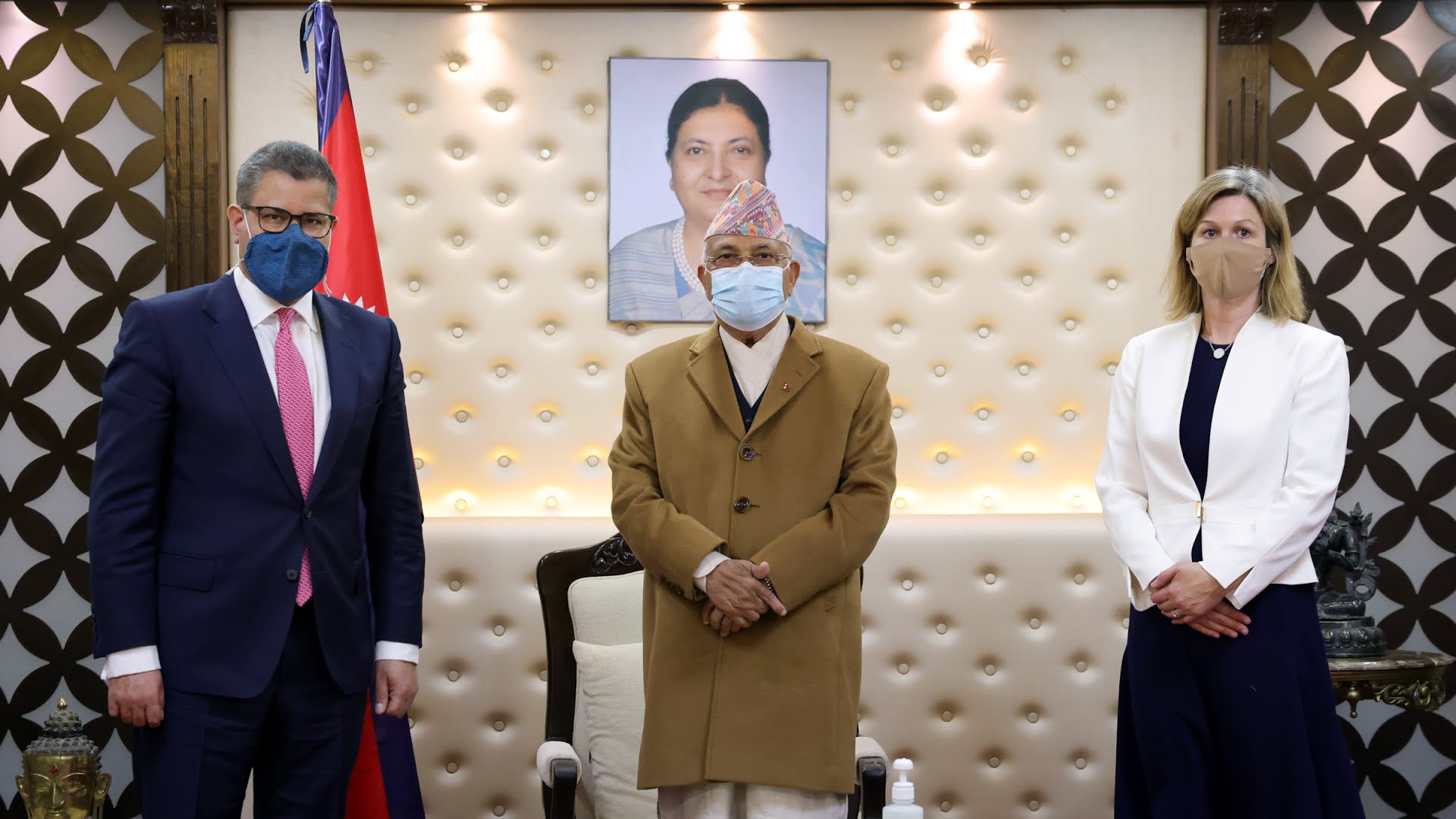 RSS, Kathmandu — A delegation of the government of the United Kingdom led by Alok Sharma, MP, the President-Designate for the 26th UN Climate Change Conference (COP26), called on Prime Minister KP Sharma Oli at the latter’s residence in Baluwatar on Wednesday.

Views on Nepal-UK relations, collaboration on climate action and cooperation in energy sector, among others, were exchanged on the occasion. COP26 President Sharma briefed the PM about the priorities and plan in the lead up to the COP26 to be held in Glasgow in November 2021.

On the occasion, PM Oli expressed satisfaction over the increasing level of engagements with the UK on the matters of common interest, both at bilateral and multilateral levels.

He assured Nepal’s full support to the successful holding of the COP26. He conveyed his best wishes for all success of the conference.

The COP26 President is scheduled to pay a courtesy call on the President on Thursday.