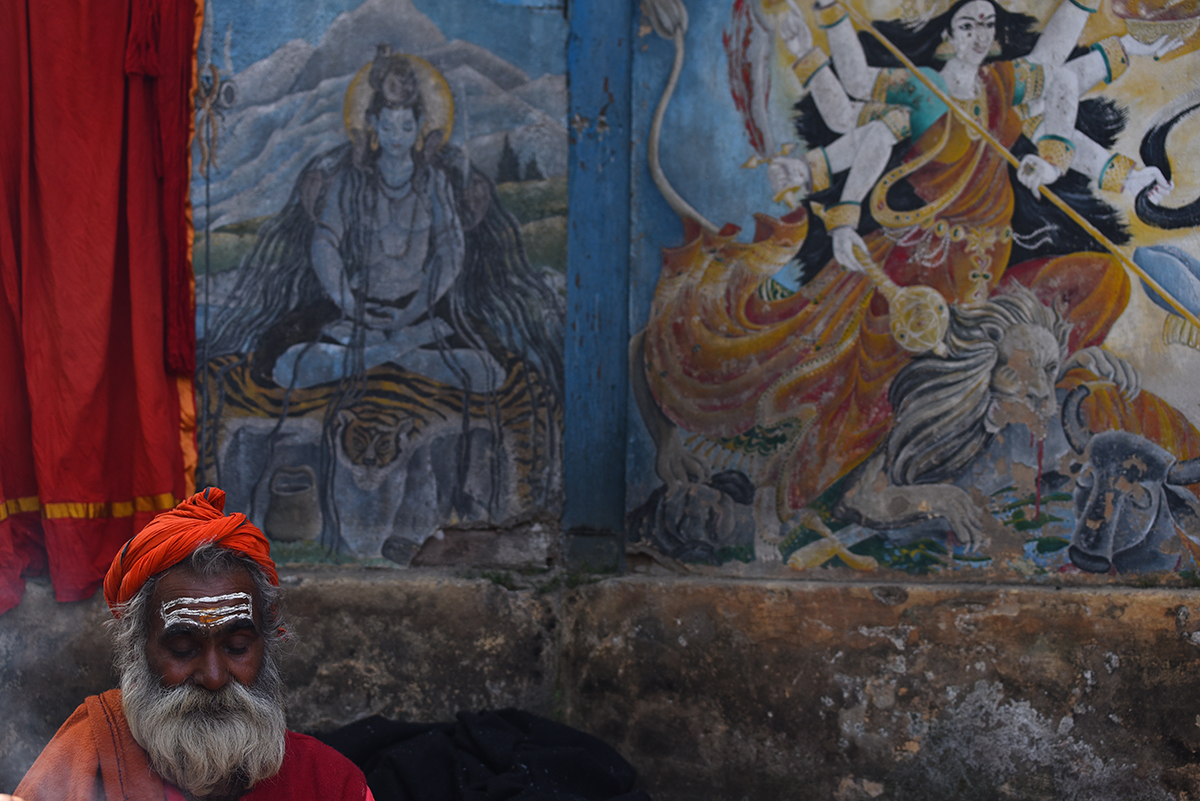 Kathmandu, ANI— The Pashupatinath Temple in Kathmandu, which usually draws thousands of pilgrims and sadhus on Maha Shivaratri festival is seeing a dip in the number of visitors this year due to the Covid pandemic, according to authorities.

As per the Pashupati Area Development Trust, (PADT) the temple, which is also a UNESCO World Heritage site, celebrates the festival with fanfare and gaiety and attracts thousands of pilgrims from India.

This year along with pilgrims, the number of ascetics mostly from India visiting the shrine has also taken a dip“This year the number of sadhus has decreased. We only have welcomed 3,000 so far. The numbers used to be much higher in previous years,” PADT Treasurer Milan Kumar Thapa confirmed to ANI in a telephonic conversation.

One of the major festivals of Nepal, Maha Shivaratri literally means “Night of the Shiva”. It is celebrated on the 14th day of the dark fortnight of the Magha month, as per the Hindu lunar calendar.

It is believed that on this day, the stars in the Northern Hemisphere are at the most optimum positions to help raise a person’s spiritual energy. It is also believed that the Shiva principle is most active on this day of the year.

It is celebrated marking the convergence of Shiva and Shakti. The festival also celebrates the night when Lord Shiva performed the “Tandav”, the cosmic dance.

Hundreds of thousands of devotees visit Pashupatinath Temple in Kathmandu, one of the holiest shrines of the Hindus. Pashupatinath is considered the Guardian and Protector of the Kathmandu Valley and Nepal.

“We took a train up to Raksaul of India from Howrah, India and then boarded a car to reach the Pashupatinath Temple. Facilities, as well as the behaviour of people towards us, is good here,” a sadhu who travelled from India told ANI.The premises of the temple– which typically filled with bustling crowds–bore a barren look on the eve of the festival on Wednesday.“Compared to previous years, the number of devotees has gone down. It might be due to the Coronavirus pandemic, the number of Sadhus or Baba also is less in number,” Bibas Sharma, a devout told ANI.The PADT has made arrangements for people to offer worship at the temple by making separate lines from different places around the temple. All four doors of the temple would be opened at 3:00 am and more than 100 different organizations would provide the facility of distributing free meals, drinking water, juice, medical clinics and health camps setting inside the temple premises.More devotees would visit to offer worship to Lord Shiva at Pashupati this year due to the golden Jalahari which was recently installed inside the main temple. The attractive flower decoration had lured thousands of devotees at Pashupati last year.Vehicles will not be allowed to move towards Gaushala from Narayan GopalChowk, Mitrapark, Koteshwore, Old Baneshwor, Rato Pool, Shifal and Anamnagar.Parking of vehicles belonging to civil people will be managed at Tilganga and near the PADT office and parking for general visitors and devotees will be managed at the Shifal area and ground