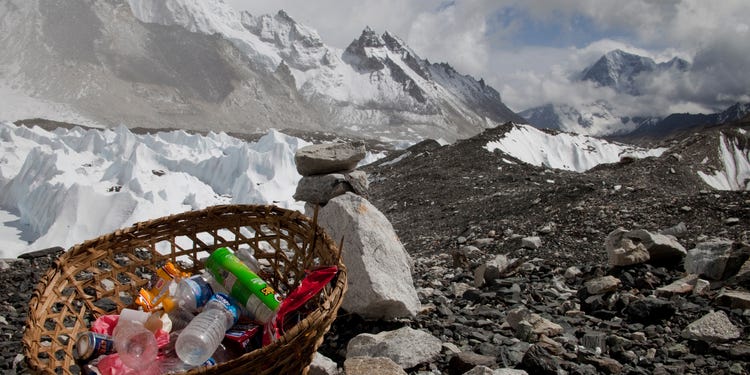 Kathmandu – Nepal has started a new campaign to clean the garbage from  Mt. Everest and six other mountains.

A team of 13 member will reach the basecamp within three days, informed Babu Sherpa, Managing Director of the Peak Promotion Trekking Agency, the company that won the bid to clean the basecamp as announced by the Nepali Army (NA).

The government has planned to collect garbage from six mountains involving 69 mountain guides this year and allocated the necessary budget for the same.

Some 35 tons of garbage will be collected from six Himalayas namely, Sagarmatha (Mt. Everest), Lhotse, Pumori, Makalu, Aama Dablam and Dhaulagiri in the months of May and June when mountain climbing starts, according to the NA.

Along with  69 mountain guides, 43 NA personnel would collect the waste from all the six mountains. Only those NA personnel who have summited mountains with over six thousand meter height will be involved in the team which will also have medical as well as communications personnel, Rising Nepal writes.

Minister of Forest and Environment has allocated Rs. 100 million for garbage collection in the mountains. The ministry has entrusted the NA with the task along with the budget.