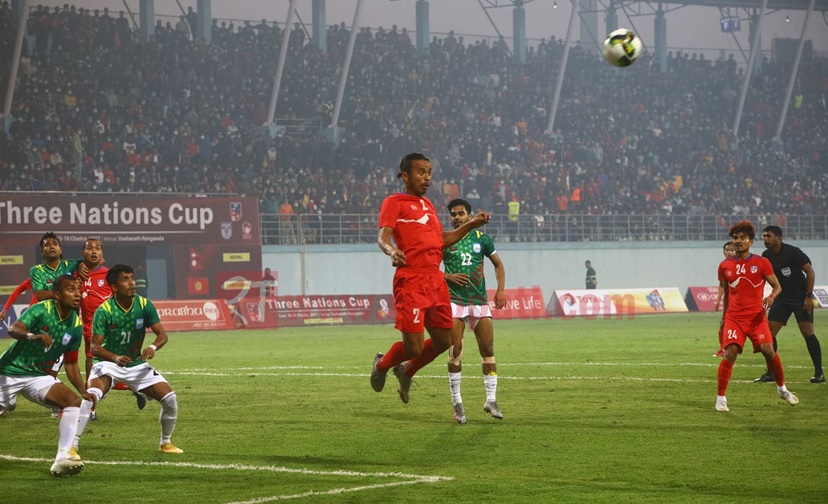 Kathmandu — Nepal has lifted the three nations cup held today.  Nepal took the lead by 1 goal to Bangladesh with a score of 2 – 1. Nepali players Sanjog Rai and Bishal Rai scored goals for Nepal. The match was played at Dashrath Stadium in Kathmandu on Monday.

This is the fifth international title Nepal has won till now.

Bangladesh, which tried to score a goal in the second half, played an attacking game. Nepal conceded the lone goal in the 83th minute scored by the substitute player Mahbubur Rahman.