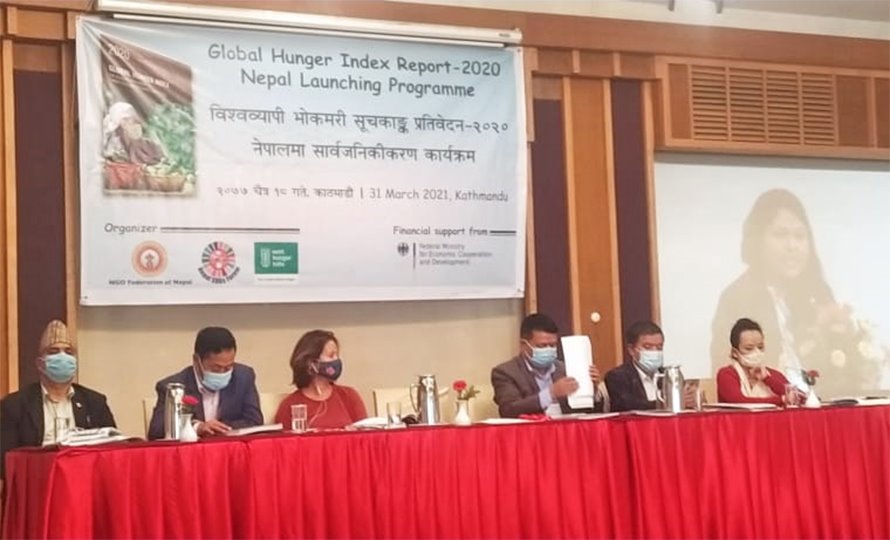 RSS, LALITPUR —  The globe is not on track to achieve Zero Hunger by deadline, 2030, according to the 2020 GHI (Global Hunger Index) report published in Lalitpur amid a function on Wednesday.

Based on the values of the four component indicators, the GHI defines hunger on a 100-point scale where 0 being the best possible score (nil hunger) and 100 being the worst. For the GHI report, data were accessed for 132 countries provided by various respective agencies under the United Nations.

Nepal however has done satisfactory work in the GHI. Out of 107 countries, Nepal has been in 73th position. The country has climbed to 19.5 in the GHI until 2020, a big jump from 37.4 in 2000. Nepal has been ranked medium position in the GHI after going through risky and serious situation.

Covid-19 pandemic, conflict, poverty, inequality and climate change among others are blamed for countries suffering from starvation.