UN: Global displacement from war, crises doubles in a decade 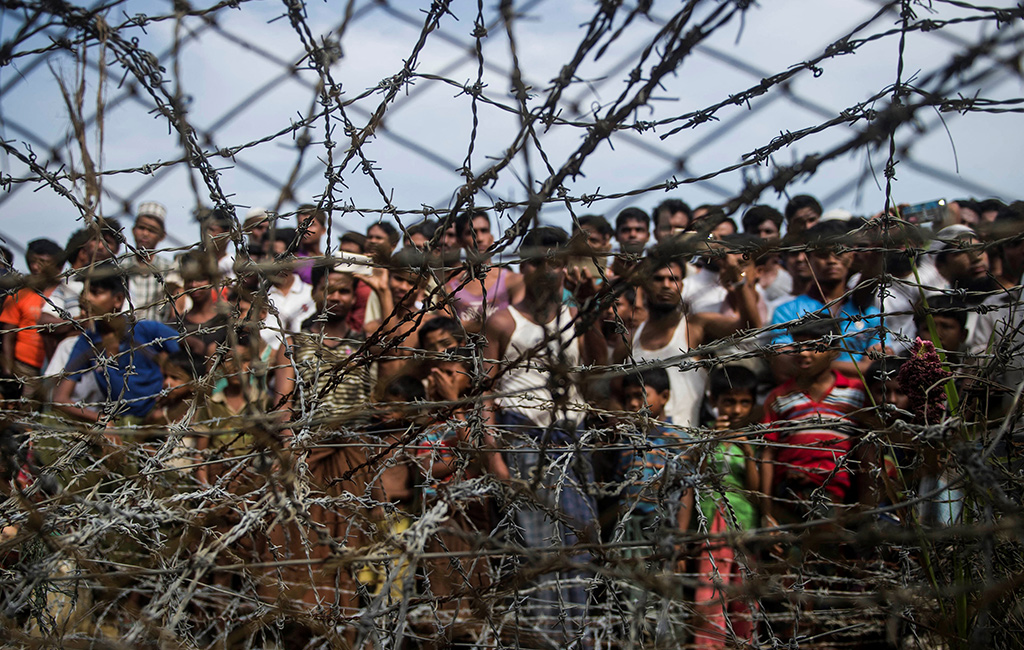 Despite the coronavirus pandemic, the number of people fleeing war and persecution continued rising last year, with global displacement climbing to over 82 million — double the figure a decade ago, the UN said Friday.

A fresh report from the UN refugee agency showed global displacement figures swelled by around three million in 2020 after an already record-breaking year in 2019, leaving a full one percent of humanity uprooted and displaced.

The report highlighted how drawn-out crises like those in Syria, Afghanistan, Somalia and Yemen were continuing to force people to flee, while eruptions of violence in places like Ethiopia and Mozambique were causing surging displacement.

The fact that the numbers rose for the ninth straight year was all the more devastating because Covid-19 restrictions had been expected to limit displacement.

During the pandemic, “everything else has stopped, including the economies, but wars and conflict and violence and discrimination and persecution, all the factors that pushed these people to flee, have continued,” UNHCR chief Filippo Grandi told AFP.

The UN agency found that by the end of 2020, a record 82.4 million people were living as refugees or asylum seekers, or in so-called internal displacement within their own countries, up from some 40 million in 2011.

“Today’s global displacement figures are an epic failure of humanity,” head of the Norwegian Refugee Council Jan Egeland said, pointing out that “far more people are on the move today than anytime during World War II.”

“Yet despite the staggering statistics, world leaders have been inept to resolve the greatest emergency of our generation.”

The UNHCR report highlighted that a full 42 percent of the world’s displaced are girls and boys under the age of 18.

“The tragedy of so many children being born into exile should be reason enough to make far greater efforts to prevent and end conflict and violence,” Grandi said.

Some 26.4 million people were living as refugees at the end of 2020, including 5.7 million Palestinians.

Some 3.9 million Venezuelans were also displaced beyond their borders without being considered refugees, while 4.1 million people were registered worldwide as asylum seekers.

But while both refugee and asylum seeker numbers remained relatively flat from 2019, the number of people displaced within their own countries surged by more than two million to 48 million, the report said.

This was perhaps not surprising, given that the factors that generally force people to flee did not disappear during the pandemic, but the possibility to cross borders largely did.

In 2020, at least 164 countries closed their borders because of Covid-19, and more than half of them made no exceptions for asylum seekers and refugees fleeing for their lives.

“In a situation of increased conflict and violence, in a situation in which borders have been difficult to cross because of Covid, inevitably the figure… that has gone up is that of internally displaced people,” Grandi told reporters.

Last year, more than 11 million people were newly displaced — slightly more than in 2019 — with most in just a handful of conflict-wracked countries and regions, the report showed.

They include Syria, which after more than a decade of war counts 13.5 million people displaced either inside or outside the country — more than half of its population and a sixth of the global displacement total.

A number of new crises have also sparked significant displacement, the report said, pointing to Ethiopia’s violence-hit Tigray region, which saw an exodus into Sudan of over 54,000 people in the final months of 2020 alone.

The vast majority of the world’s refugees are hosted in countries neighbouring crisis areas, mainly in poorer parts of the world.

Turkey remained the host of the world’s largest refugee population totalling some 3.7 million, followed by Colombia with 1.7 million, Pakistan and Uganda with 1.4 million each and Germany with 1.2 million.

While needs are continuously rising, solutions for the displaced seemed to dwindle last year.

And only 34,400 vulnerable refugees were resettled in third countries last year — the lowest level in 20 years, the report said.

“Solutions require global leaders and those with influence to put aside their differences, end an egoistic approach to politics, and instead focus on preventing and solving conflict and ensuring respect for human rights,” Grandi said.