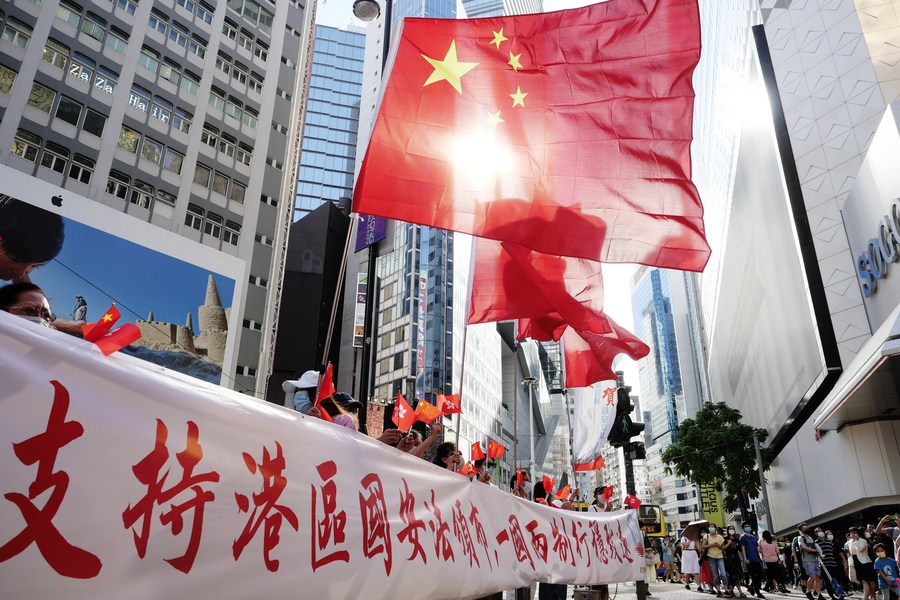 GENEVA, Xinhua — The remarks made by the United Nations (UN) High Commissioner for Human Rights on Hong Kong and Xinjiang related issues at the Human Rights Council on Monday were “erroneous” and “in disregard of facts,” and interfered in China’s internal affairs, said the spokesperson of the Chinese Mission to the UN at Geneva.

“China is firmly opposed to the remarks,” said the spokesperson Liu Yuyin, adding that it is China’s sovereign right to enact and implement the Law of the People’s Republic of China on Safeguarding National Security in the Hong Kong Special Administrative Region.

“The law has provided a strong institutional and legal guarantee to ensure peace, stability and prosperity in Hong Kong as well as the steady and sustained implementation of ‘one country, two systems,'” Liu said.

“Since the National Security Law came into force, Hong Kong has seen a momentous transition from chaos to peace. Hong Kong citizens no longer live under the threat of turmoil and violence, and can better exercise their legitimate rights and freedoms in a safe environment, including the freedom of expression, the freedom of the press and the freedom to publish,” he said.

“No freedom is boundless, nor can it go beyond the bottom line of national security, as is clearly stipulated in relevant international covenants,” the diplomat said. “Hong Kong is a society under the rule of law. Everyone is equal before the law and no one can rise above the law. Those who violate the law will inevitably be held accountable.”

Speaking of Xinjiang Uygur Autonomous Region, Liu argued that at present, Xinjiang enjoys social stability and economic prosperity, and people of all ethnic groups in Xinjiang lead a safe and enjoyable life and their human rights are fully protected.

However, “certain countries and forces, out of political motives, spread shameless lies about Xinjiang in an attempt to tarnish China’s image, interfere in China’s internal affairs and retard China’s development,” Liu added. “Their plots will not prevail.”

The spokesperson said China welcomes the UN High Commissioner for Human Rights to visit China including Xinjiang. “We have made our position very clear on several occasions that such a visit should be a friendly one aimed at promoting exchanges and cooperation, rather than making the so-called ‘investigation’ under the presumption of guilt.”

He urged the High Commissioner to respect Chinese people’s right to pursue a better life, stop making erroneous remarks which interfere in China’s sovereignty and judicial independence, and conduct constructive dialogue and exchanges with China so as to create a sound atmosphere for cooperation between the two sides.