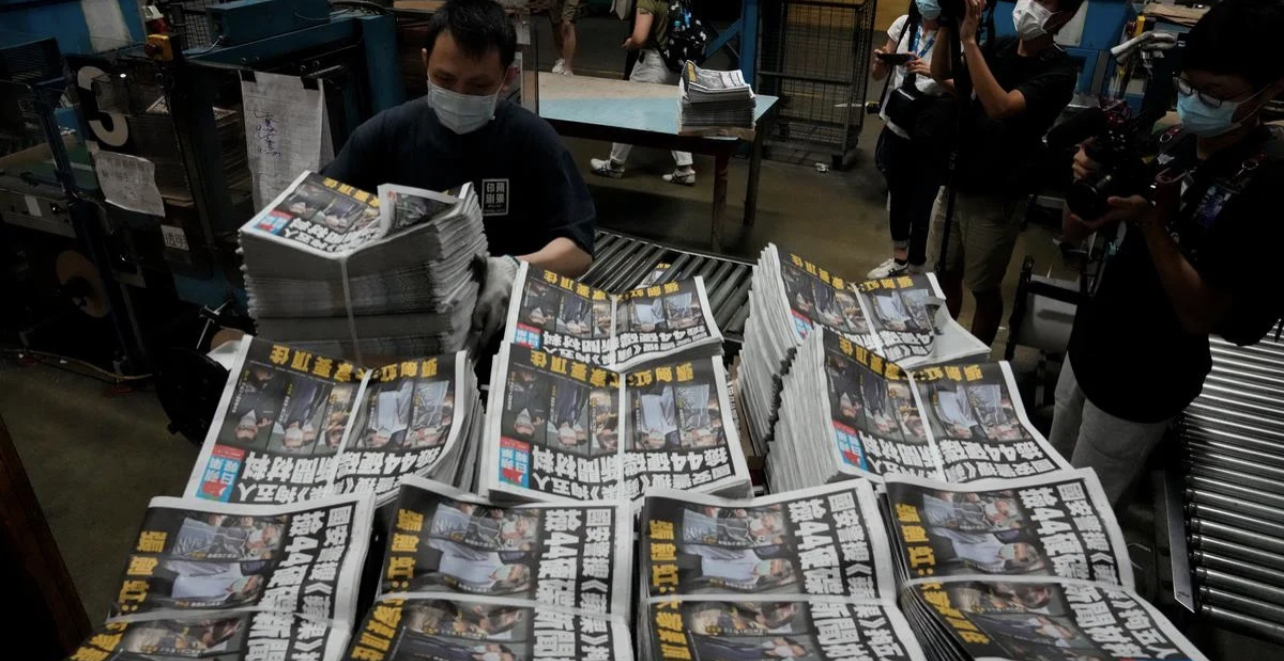 Hong Kong — Hong Kong’s pro-democracy Apple Daily newspaper will close by this weekend, its parent company said Wednesday, following last week’s arrest of five editors and executives and the freezing of $2.3 million in assets under the city’s national security law.

The board of directors of Next Media said in a statement that Apple Daily’s print edition and online edition will cease no later than Saturday due to “the current circumstances prevailing in Hong Kong.”

The paper’s closure comes as authorities crack down on dissent following months of anti-government protests in 2019. The announcement also coincided with the start of the first trial under the national security law, imposed by Beijing about a year ago.

The widely expected move to close Apple Daily followed last week’s arrests of the five editors and executives, who were detained on suspicion of colluding with foreigners to endanger national security. Police cited more than 30 articles published by the paper as evidence of an alleged conspiracy to encourage foreign nations to impose sanctions on Hong Kong and China.

It was the freezing of assets that spelled the paper’s demise. The board of directors had earlier this week written to Hong Kong’s security bureau requesting the release of some of its funds so the company could pay wages.

Police earlier Wednesday arrested a 55-year-old man on suspicion of foreign collusion to endanger national security. According to Apple Daily, which cited unidentified sources, the man writes editorials for the newspaper under the pseudonym Li Ping.