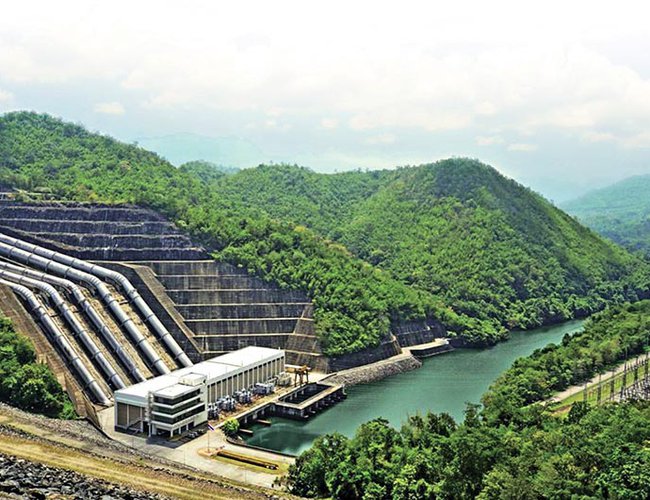 Kathmandu  — The door has opened for a China-Nepal joint venture to develop three separate hydropower projects simultaneously on the Marsyangdi river in western Manang and Lamjung districts after the Investment Board Nepal (IBN) on Tuesday approved proposed investment for the last project.

A board meeting of the IBN chaired by Nepali Prime Minister KP Sharma Oli approved the proposed investment of 33.41 billion Nepali rupees (280 million U.S. dollars) to develop Lower Manang Marsyangdi Hydroelectric Project with a capacity of 139.2 MW, according to a press statement issued by the agency.

“The IBN has already approved our planned investments in Marsyangdi Hydroelectric Project and Upper Marsyangdi-2 Hydropower Project and the latest approval to our planned investment for the third project has paved the way for us to work on all three projects simultaneously,” Prateek Man Singh Pradhan, vice president of the Butwal Power Company, told Xinhua on Wednesday.

“After the approval of the investment proposal, we can now bring money from China to carry out pre-construction preparations at project sites and regulatory processes at the government offices,” said Pradhan.

According to IBN spokesman Bhupal Baral, the approval of the planned investment would help the investors generate resources, including from the banks, to develop the project.

Among the three projects, the preparatory works have reached an advanced stage for the Manang Marsyangdi Hydroelectric Project which lies upstream of all the projects, according to the Butwal Power Company.

“We have set up a camp for the contractor to work and constructed a bridge for the movement of people and transportation of construction materials,” said Pradhan. “We may be able to start construction of this project by the end of this year.”

In March, the Nepal Electricity Authority, the sole buyer of electricity in the South Asian country, guaranteed the market for the power to be produced by this project by signing a power purchase agreement with the developer.

Before starting the construction, the joint venture company needs to sign with the IBN a project development agreement (PDA) which determines the roles and responsibilities of the investors and the Nepali government.

“The negotiations are under way for PDA in the case of Manang Marsyangdi Hydroelectric Project and Upper Marsyangdi-2 Hydropower Project,” said Pradhan.

The Chinese and Nepali investors plan to invest 1.2 billion U.S. dollars for the three projects, according to Pradhan.

“The board meeting instructed the office of IBN to move ahead preparations to sign PDA with the investor,” the IBN statement said.

Baral said the construction work could begin once the PDA is signed between the IBN and the developers.

In February, Prime Minister Oli laid the foundation stone for the development of the industrial park, which shall host producers of white goods, transportation equipment, textiles, garments and food, among others. (Xinhua)