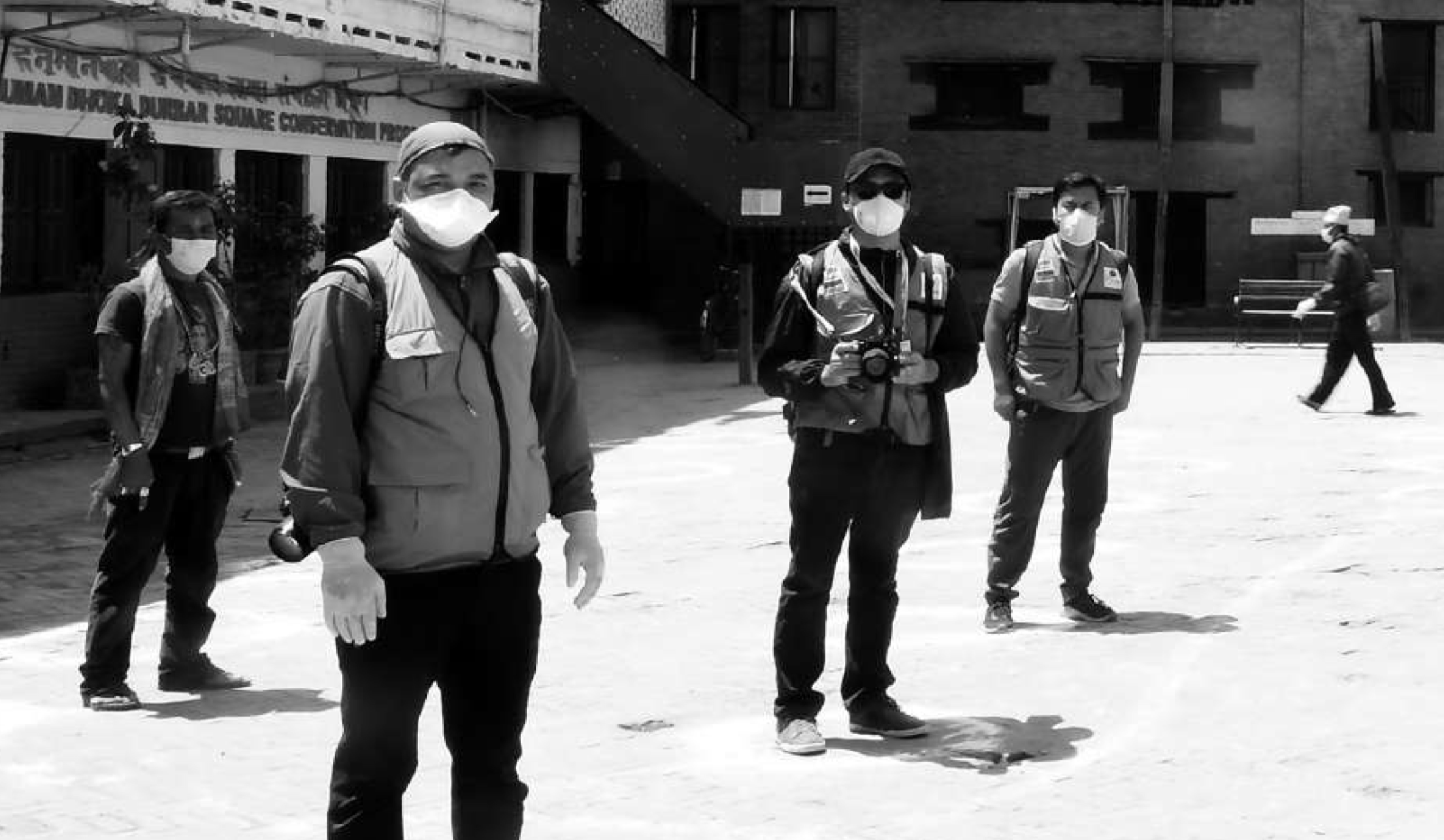 KATHMANDU: “We are just imparting information instead of practicing journalism in a real sense with the outbreak of the COVID-19 crisis.

We entered the Zoom, Viber and Skype or virtual means of journalism and this shift from the field-based reporting has obstructed us to find real essence of journalism,” said a senior journalist speaking at a program held on Saturday.

“Various vital aspects of journalism like the creation of angle, presentation of the news story, cross verification of the available information and authenticity of the source are less prioritized during the crisis journalism,” said noted journalist Prateek Pradhan.

Around 100 journalists discussed challenges brought about by the first and second wave of COVID-19 in Nepali journalism and potential challenges of post-COVID journalism during the program organized by the Federation of Nepali Journalists, Pratishthan Pradesh. Pradhan along with other senior journalists attended the session as facilitators.

The session came to a common understanding that COVID-19 had its implications on the entire media sector though its ranges were varied and media and journalists had reciprocal relations: media cannot function well or may even collapse in absence of a well-resourced workforce and progress of journalists gets obstructed if media was facing a financial crisis.

In view of journalist Babita Basnet, economic issue is one of the pressing challenges that media and journalists are facing at present. Financial condition of media is further deteriorating due to heavy loss in revenue generation and as a result, journalists are facing salary cuts, underpayment and irregular payment. “During a research, we have found that 63 percent of our respondents (women journalists) were struggling with financial issue after the crisis and of them, 67 percent were the sole bread winners of their family against our general assumption that women earnings are just surplus income for the families,’’ she said.

Echoing the view of Pradhan, journalist Kishore Nepal argued that just information flow was taking place in Nepali journalism at present and highlighted the need of in-depth reporting to bring out people’s real issues. As he said, it was not yet the time to call ‘post –COVID journalism’ as we were yet to come out of the crisis.

Yubaraj Ghimire said journalists were working under the constant fear of health hazards and job loss during the crisis. Journalists are finding it hard to access to the news source as the crisis sets limitations for field-based reporting.

The risk of getting misinformation is equally high in this context, Rajendra Dahal said and added that the COVID-19 pandemic had left its economic, social, and administrative impact on journalism, which is likely to continue further ahead.

Similarly, Gopal Guragain was of the opinion that infodemic has been an issue during COVID-19 pandemic and he sensed that even big media slipped in gate keeping of the misinformation, which must be corrected.

The session had assessed that media faced a sharp fall in revenue collection with downsize of advertisement market while rights of journalists are gravely threatened.

On a positive note, FNJ former President Mahendra Bista said he saw a silver lining amidst the challenges and hoped that we could move on by keeping the media trust intact as in similar adversities in the past.

On a serious note, Ghimire and Dahal warned that policy-level changes and laws capable of shrinking the space of freedom of the press are likely from the state taking undue advantage of the crisis and we should all be prepared to tackle it collectively.

‘’ It remains as one of the potential grave challenges for post-COVID journalism,’’ they added.

As Dahal said, some European countries in the world have already seen the space of press freedom shrinking and the possibility of its duplication could not be overlooked here in Nepal as well.

During the session, the sensitiveness on the part of media houses, combined efforts, the effective presence of FNJ leadership, self-regulation, state’s support, prevention of misinformation, health as well as professional safety of journalists were stressed to build and promote a fair and just media atmosphere.

Media management missing Nepali journalists left no stone unturned to give their best during the COVID-19 pandemic as front liners when they were themselves struggling with an unprecedented crisis without any preparedness and coping strategies, FNJ central chair Bipul Pokhrel speaking at the concluding session of the event said.

Moreover, the crisis has sought additional responsibilities of media towards the society, according to him.

“On one hand, they are professionally responsible for delivering credible information regularly during this crisis while on the other, the time demands additional roles from them: encouraging the public to follow safety protocols and contribute for strengthening public health sector and keeping eyes on the crisis response initiatives of the government,” the FNJ Central chair said.

This crisis has however revealed that media management has been missing in the country, with media houses promptly resorting to forced leave, pay cuts, irregular non-payment against journalist once the crisis appeared. Hence, this issue must be addressed in post-COVID journalism. He reiterated his commitment that FNJ was always there for the cause of journalists during hard times and normal situations.

According to the Pratishan Pradesh chair Bal Krishna Adhikari, who also chaired the session, the objective of the programme was to identify the role of FNJ and related organisation to tackle the media crisis given the reported likelihood of the third wave of COVID-19 and discuss other contemporary challenges in Nepali media. RSS