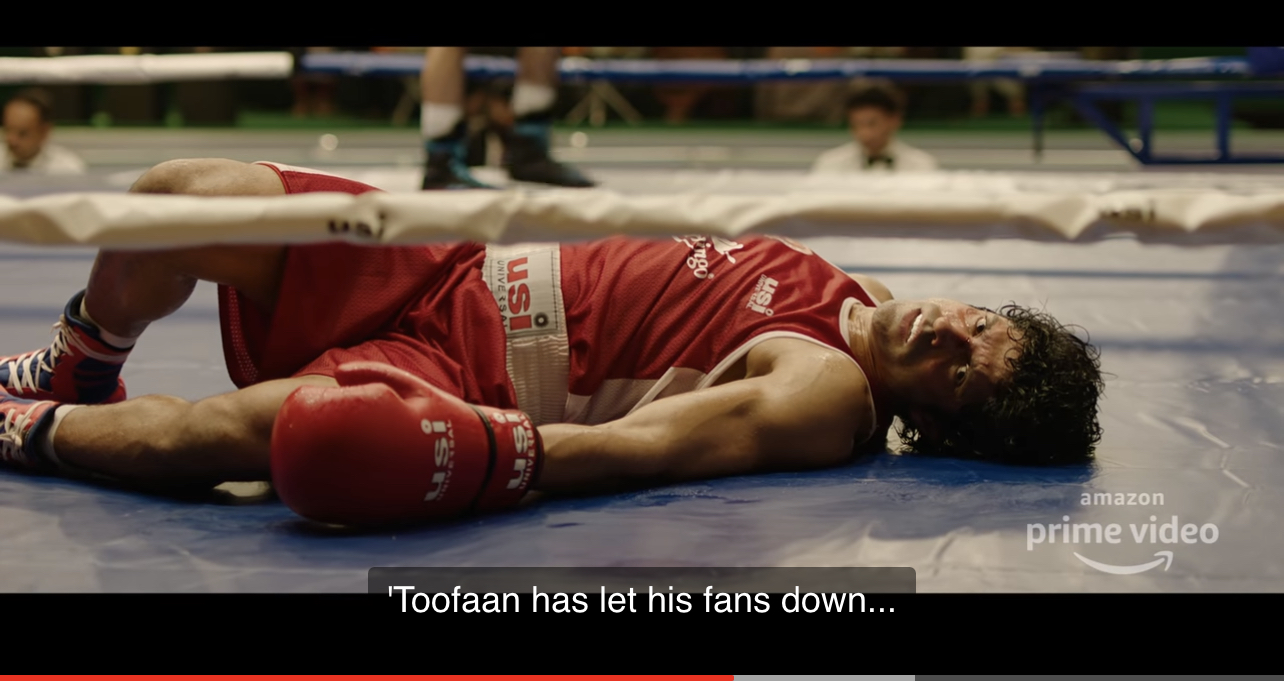 Toofaan will also be the first film to simultaneously premiere on Amazon Prime Video in Hindi and English starting July 16, 2021 across 240 countries and territories.

Lead actor and co-producer Farhan Akhtar revealed how challenging it was to get under the skin of his character. Talking about his role and preparation behind it, the actor said, “Toofaan is a true labour of love. No matter how physicallystrong one is, stepping into the shoes of a boxer is a whole new ball game. It took 8 to 9 months of rigorous training for me to get into the skin character and it made me realize howphysically, mentally and emotionally demanding the sport actually is. I am thoroughly excited to see all our hard work on the screen and I am glad we are going to be able to take the movie to audiences across 240 countries and territories with Amazon Prime Video.”

Speaking about his experience and what made him say yes to the film, veteran actor Paresh Rawal said, “Any new project is exciting when it’s challenging. Playing a boxing coach was a new challenge, and that fuels me as an actor. Toofaan at its core is about all the challenges one goes through and how one should never give up. It is a wholesome entertainer that is thrilling, thought provoking and motivating. Rakeysh has created a masterpiece and Farhan brings his A-game here. I am looking forward to the audiences reaction to this movie and I hope they enjoy watching it just the way we enjoyed making it.”

Sharing her excitement working with the versatile cast, lead actress Mrunal Thakur sums up, “It’s purely a dream come true moment to work with Rakeysh Omprakash Mehra, Paresh Rawal and Farhan Akhtar. I remember sending Rakeysh a Facebook message seven years back expressing my willingness to work with him and today its happening! I am thrilled, blessed and over the moon to be part of this exciting project. Working with this deadly combination at this point of my career still feels like a dream. I couldn’t have asked for a better or more inspiring cast or a better release with Amazon Prime Video premiering the title across 240 countries and territories”

Under forced circumstances, an orphan boy born from the streets of Dongri, grows up to be a local goon. His life changes when he meets a bright and a compassionate young woman named Ananya who guides him to take the right path. With love and guidance, he finds his calling in sports and takes up the journey into becoming a world class Boxer. This is an inspiring story. Even the poor and marginalized, beaten by life circumstances, can become the heroes of the nation by giving up the other part of life and adopting the right path. Toofaan is set in Bombay. The city of Bombay is like the third character of the film. Bombay is is Megapolis and one of the greater cities in India. It is a true cosmopolitan city and a melting pot for various cultures and religions. Mumbai runs on the spirit of Mumbaikars. This “spirit” is indeed Mumbai’s proudest possession which we also see in our film through our characters.