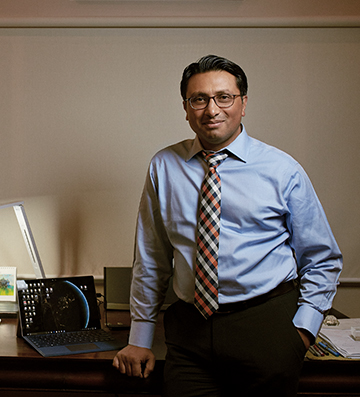 NL Today , Kathmandu, : Dr Swarnim Waglé, Nepal’s prominent economist and former vice-chairperson of National Planning Commission (NPC), has been appointed Chief Economic Advisor at the UNDP Regional Bureau for Asia and the Pacific in New York. Earlier, he served as Senior Team Leader for Strategy, Policy and Partnerships in the same bureau.

As the Chief Economic Advisor Waglé will lead high-level research and policy advisory work in a vast region that covers more than four billion people in 36 countries of Asia- Pacific, including Nepal, China and India.

Waglé is widely known in Nepal as a public intellectual looked up to by the younger generation for his acumen and reform-oriented advocacy in the fields of development economics, political-economy, trade, investment and public finance. As a member and vice-chairman in NPC, Waglé led post-disaster policy responses, economic reforms, long-term development strategy, and organizational change at the apex planning body.

Dr Waglé has worked as an international development professional for more than 20 years, including as Senior Economist at The World Bank in Washington, DC and UNDP offices in Hanoi, Colombo and New York. Currently, he also serves as the chairperson of the Institute for Integrated Development Studies (IIDS), an independent, non-partisan, and not-for-profit South Asian think-tank headquartered in Kathmandu since 1979.