The London riots ten years on: how a crackdown on protest became their main legacy – South Asia Time

The London riots ten years on: how a crackdown on protest became their main legacy 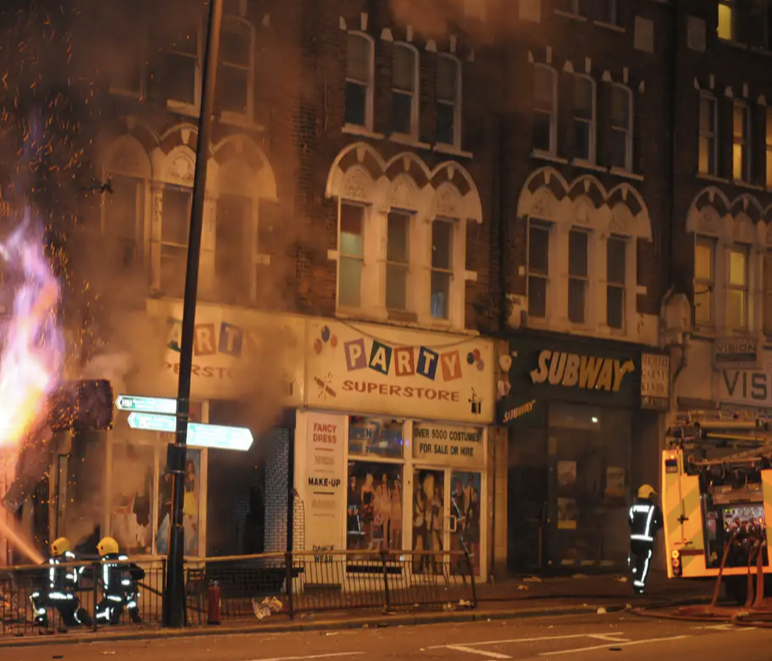 Matteo Tiratelli, UCL
In the summer of 2014, I was called for jury service at the Inner London Crown Court. At the time, trials relating to the 2011 riots in England were still working their way through the court system, and one of my first cases involved a man who had been arrested near the site of the riots in Croydon, south London.

The original trial had broken down when the last set of jurors were given the man’s rucksack to examine and promptly discovered that the items contained within it didn’t match the police’s inventory. At the retrial, the police skirted over these investigatory errors. The jury eventually reached a unanimous verdict of not guilty.

This is just one example of the 3,000 plus arrests made in the wake of the English riots of 2011. But, for those not personally involved, one of the most remarkable things about those events was how quickly they faded from memory. By 2014, the year I did jury service, parliamentary debate made as many references to Russian punk band Pussy Riot as to the events of 2011.

With seven more years of hindsight, the lack of policy response is astonishing.

The Troubled Families programme – which aimed to deliver targeted interventions to the 120,000 families who were, according to the then prime minister, David Cameron, “the source of a large proportion of the problems in society” – was briefly described as a reaction to the riots. In reality, the policy had been brewing for many years and ministers quickly stopped associating the two.

In Tottenham, property-led regeneration schemeswere floated by the local council as a way of using gentrification to displace any underlying problems. These ideas eventually ran aground on the rocks of local politics.

In fact, the only real legacy of the events of August 6-11 2011 has been the increasingly authoritarian way in which police and courts handle public protest and public disorder.

The 2011 riots emerged out of a peaceful march to demand information about the death of Mark Duggan, a black man from Tottenham, north London, who had been shot dead by the police on August 4.

There are varying accounts of what precisely triggered the outbreak of violence. What is known is that protestors were forced to wait outside the station for several hours before a relatively junior officer was sent to address the crowd, who soon began fighting with the police.

These images of rioters driving the police the streets quickly proved an inspiration to others. Over the next five nights, unrest broke out in towns and cities across the UK, 15,000 people took to the streets, five tragically losing their lives, while hundreds of police officers were injured and £250 million worth of damage was done to shops and businesses in London alone.

The rapid spread of the unrest took the British establishment by surprise and left commentators scrambling for explanations. In the riots’ aftermath, academic research, including my own, produced several overlapping and conflict accounts. Some focused on hostility to the police, socio-economic disadvantage and the desire to reclaim public space. But others followed the line set by the coalition government, arguing that widespread looting indicated that consumer culture was a vital factor.

The response at the time

The penal response to the rioters was enormous and unprecedented. In a bid to ramp up “the shock and awe of the criminal justice system” (as the then-chief crown prosecutor for the north-west of England actually put it), every stage of the process has been shown to have been made more punitive and more authoritarian.

The Crown Prosecution Service – led at the time by current Labour leader Sir Keir Starmer – immediately relaxed the threshold used to determine whether or not to press charges. Longstanding advice that suspects under the age of 18 should not be tried for minor offences was suspended. Actions normally regarded as theft were treated as burglary so as to ensure maximum jail time.

Cases were pushed from the magistrates’ to the crown courts, ensuring that longer sentences were available and costing minors their right to anonymity in the press. Existing sentencing guidelines were abandoned. And, despite criticisms that he was playing politics, Starmer ordered the courts to stay open 24/7 for emergency sessions.

While political pressure was undoubtedly put on the police and on the courts, many of these emergency innovations were the result of the justice system taking the initiative. It was, to borrow sociologist Carly Lightowlers and legal scholar Hannah Quirk’s phrase, a moment of “prosecutorial zeal and judicial abandon”. And it culminated in over 2,000 people facing jail terms which were four and a half times longer than those same offences would normally warrant.

It is worth setting this response in context. In 2009, Her Majesty’s Inspectorate of Constabularypublished a report calling for minimal use of force in policing protest. In 2010, the coalition government, building on a Liberal Democrat manifesto commitment, pledged to restore rights to non-violent protest.

Clearly, riots are not the same as non-violent protest. And indeed, the coalition government went out of its way to argue that the 2011 riots had no political content of any kind. But the riots nonetheless did totally derail this reform agenda.

Within 12 months, Her Majesty’s Inspectorate of Constabulary was calling for the right to use water cannon, for more training in the use of batons and for expanded surveillance powers. Over the next few years, protests came to be marred by increasingly aggressive policing, while courts took the lead in setting anti-protestor precedents.

The turn towards a more punitive and authoritarian approach to protest policing has hardened in the last few years. This is particularly obvious with the response to the non-violent direct action protestors known as the Stansted 15, who were wrongly prosecuted under legislation intended to deal with terrorism. It is also clear in the massive, routine surveillance of demonstrations and, more recently, the police, crime, sentencing and courts bill that the Home Office is now seeking to enact.

Most disturbingly, during 2020’s Black Lives Matter protests – which, like the riots of 2011, were triggered by the police killing of an unarmed black man – the government called for the return of 24-hour courts to combat what the home secretary, Priti Patel, called the violent “thuggery” of protestors.

The riots of 2011 didn’t single-handedly transform Britain’s approach to protest policing. But, ten years on, the massive experiment in so-called emergency justice that followed them does look like an important turning point. More prosecutions, faster trials and longer sentences may soon be the norm not just for riots, but for protests of any kind.