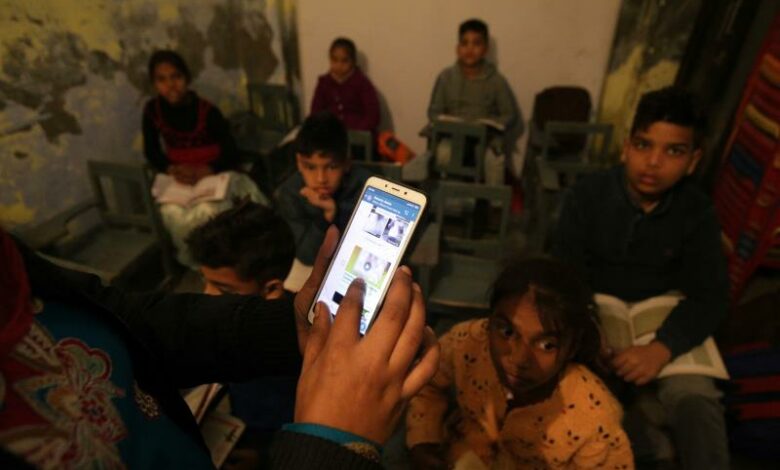 New Delhi, Sep 9 (EFE).- The closure of schools due to Covid-19 resulted in a significant deterioration in the learning opportunities of more than 400 million children in South Asia, impacting especially those without proper access to technology, UNICEF said Thursday.

“School closures in South Asia have forced hundreds of millions of children and their teachers to transition to remote learning in a region with low connectivity and device affordability,” said George Laryea-Adjei, UNICEF Regional Director for South Asia.

The suspension of face-to-face classes has aggravated an already precarious situation in the region.

Before the pandemic, 60 percent of 10-year-old children were unable to read or understand a simple text, while 12.5 million children at the primary level and 16.5 million adolescents were out of school, according to the UN body.

The spread of Covid in South Asia, especially India – the world’s second most affected country -, has resulted in schools remaining closed since March 2020.

Education is one of the few sectors that has not completely restarted its activities, despite the relaxation of lockdown measures.

According to UNICEF, 80 percent of children between the ages of 14 and 18 in India reported lower levels of teaching in a virtual set up than when they went to school; and 42 percent of those aged 6-13 did not use any kind of access system for distance learning after school closure.

In Sri Lanka, 69 percent of parents reported their children were learning “less” or “a lot less” than when they were physically at school, while 23 percent of the younger children in Pakistan did not have devices for remote learning, according to UNICEF data.

Poor and disadvantaged households have been hardest hit, and many families have struggled to buy an electronic gadget.

However, the UNICEF official underlined that even families with access to technology could not guarantee their children’s learning, due to limited Internet connectivity in the region, resulting in huge setbacks.

For example, only 24 percent of children in Pakistan with access to devices could comfortably use them whenever they wanted, the organization said.

During its survey, UNICEF found that most students had little or no contact with their teachers after schools closed.

UNICEF remarked that the safe reopening of schools should be considered an absolute priority for all governments, and that they should invest in teachers to ensure that schools can adapt to all future situations.

In this regard, UNICEF called on regional governments to prioritize vaccination of teachers, invest in resources to enable students to recover lost ground, and improve connectivity systems for communication.

“The more teachers are trained, equipped and supported on distance and blended learning, the better they will be able to reach all their students,” added George Laryea-Adjei.