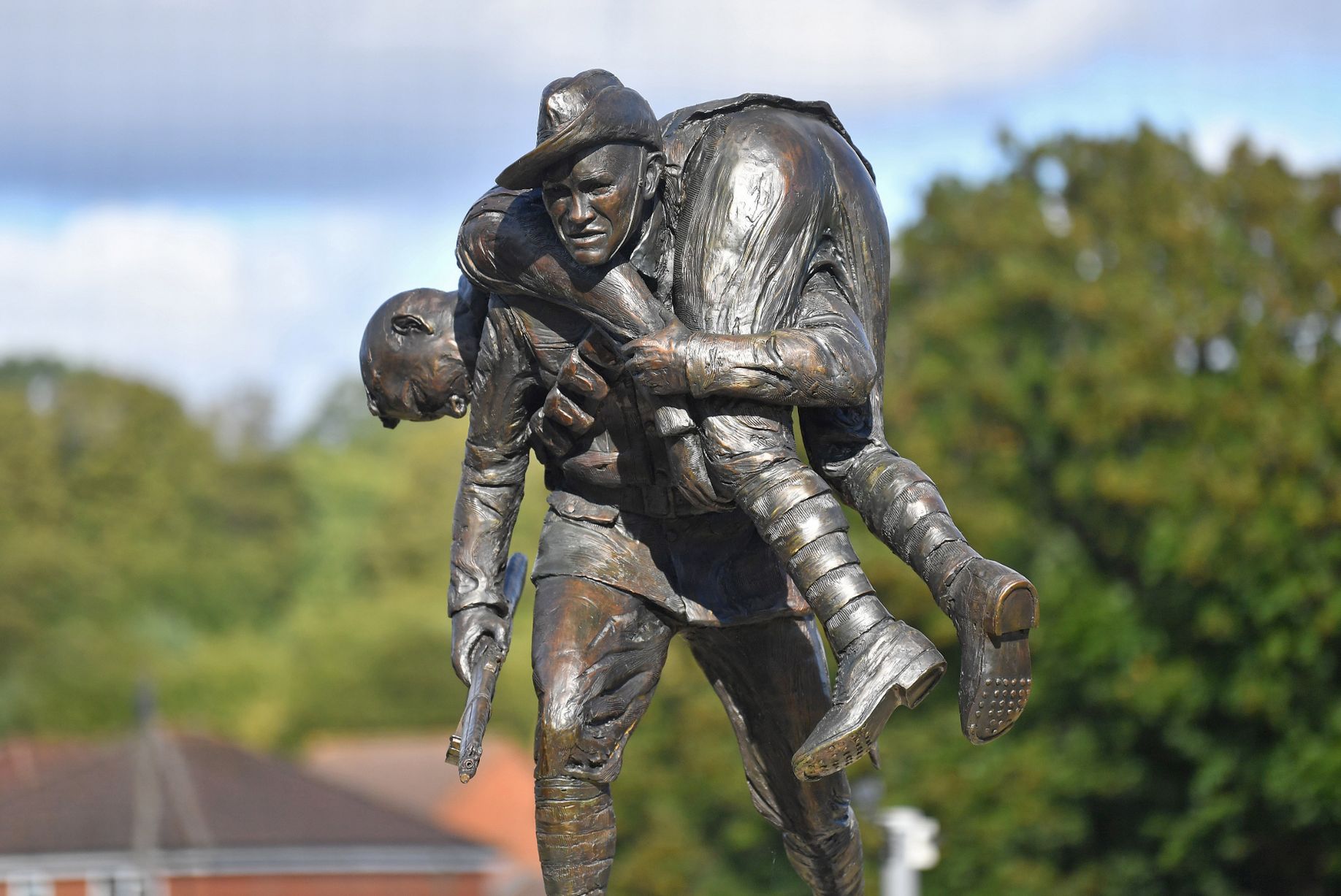 London — A Gurkha Memorial with the depicts of VC Kulbir Thapa, has been unveiled in Princes Gardens Aldershot.

The statue was unveiled on Saturday (September 25) in the Princes Gardens at an official ceremony which took place exactly 110 years after the brave actions of the Gurkha depicted in the artwork.

In 1915, Kulbir Thapa found a wounded English soldier behind the first-line German trench.

The depicts of Kulbir Thapa Magar carrying a wounded soldier from the Leicestershire regiment off the battlefield during World War One.
He was the first Nepalese Gurkha recipient of the Victoria Cross.

The unveiling ceremony also included prayers of dedication.
Greater Rushmoor Nepali Community commissioned the memorial.
It highlights a bond between Nepal and the UK dating back more than two centuries.