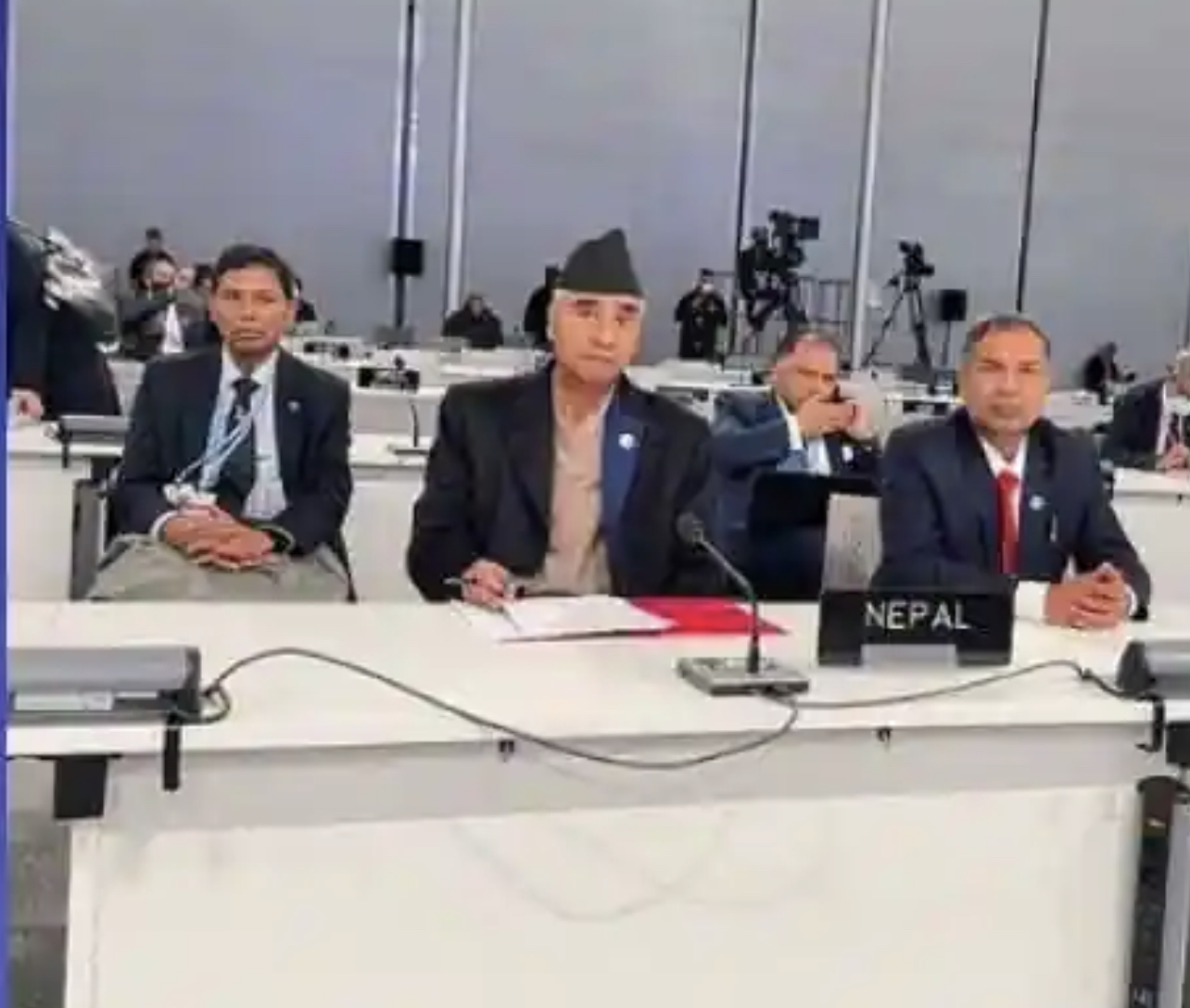 London —Nepal Prime Minister Sher Bahadur Deuba has urged world leaders to recognize the specific climate vulnerability of the high Mountains and accord high priority to the mountain agenda in all climate-related negotiations.

With temperature rising above global average, Deuba on Monday urged the world leaders to recognise the specific climate vulnerability in the mountains and accord high priority to the mountain agenda in all climate-related negotiations.

The prime minister said due to the rising temperature, glaciers are melting, snowfall is decreasing and permafrost is melting in the Himalayan region.

Extreme climate events are increasing, leading to losses in terms of financial, ecological and human. Due to this, 80 per cent of the country’s population is at risk from natural and climate induced hazards.

“During the last 40 years, natural disasters have caused close to US$ 60 billion physical and economic damage in my country alone,” PM Deuba said in his address.

Nepal is also committed to the implementation of Paris Agreement and the country has sent an ambitious NDC plan to decarbonise the country’s economy in all sectors.

He also announced that Nepal will soon host Sagarmatha Sambad, a dialogue named after Mt Everest, to raise awareness on the climate crisis in the Himalayas. “Keeping the global temperature below 1.5° Celsius is vital for mountain people. It is an issue of our survival,” said Deuba.

Speaking about Nepal’s efforts to balance development and climate, the prime minister said, “We have mechanisms to ensure that international climate finance is channelled to support transformational approaches in implementing adaptation, mitigation and disaster management actions together.”

“We are engaging with all stakeholders including private sector, indigenous people, disadvantaged communities, women and youth in all our climate actions. Recognising the value of nature to both adapt and mitigate climate change, we have decided to create a dedicated institution for working on nature conservation and climate change together,” he stated.
Full video :