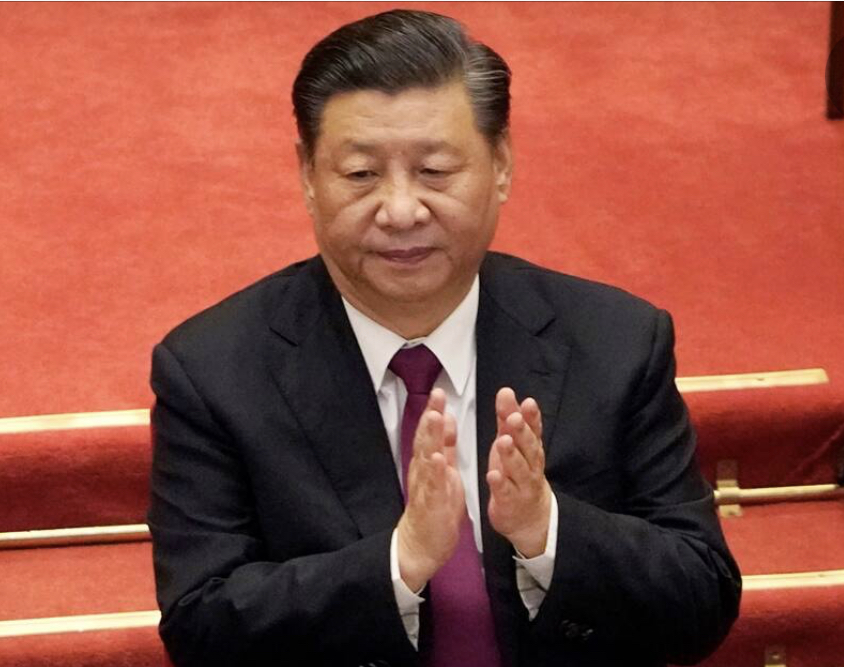 The Chinese Communist Party’s recently concluded and highly debated Sixth Plenum, a gathering of all 376 full-time and substitute CCP Central Committee members, only further cemented Xi’s political control and his “authoritarian image” within the party and military echelon.

The plenum also called upon the “entire Party, the military, and all Chinese people to rally more closely around the Central Committee with Xi Jinping at its core.”

“Such an outlook denotes a number of key takeaways: Xi’s return to a third term is all but somewhat appears only guaranteed; the CCP has become, for all intents and purposes, Xi’s party; Xi’s personal ideologies enshrined in the “Xi Jinping Thought” are set to mark the trajectory of China’s domestic and international politics; and Xi’s CCP has no plans of slowing down in China’s quest for “great power” identity, according to National Interest.

As the world intently scrutinized the CCP’s latest plenum outcome, the Sixth Plenum passed an important milestone resolution on “major achievements and historic experiences” since the CCP’s founding one hundred years ago in 1921.

“As widely reported, only the third of its kind, the CCP resolution enshrines Xi as a part of the Chinese constitution, placing him in a position equivalent to Mao Zedong who is credited as the founder of the country, and Deng Xiaoping, a reformist leader who brought about a period of immense growth and prosperity that transformed China into the world’s second-largest economy. In fact, the past two resolutions of this nature came under Mao in 1945 and Deng in 1981, and signified their stalwart status and power as top leaders of the country,” writer Jagannath Panda said.

In other words, Xi was formally recognized as the driving force behind China’s pursuit of the second centennial goal– to become a “great modern socialist country” by 2049 — for a bright future.

The writer said that Xi himself is gearing up for a third term or what has been recognized as his bid to become “president for life.” In this context, the Sixth Plenum acted as a precipitator to Xi’s personal, ideological, and organizational goals, reiterating Xi’s strong personal position in the run-up to the decisive Twentieth National Party Congress in 2022, according to National Interest.

The author mentioned the CCP’s language on Taiwan particularly stands out; the communique stated that the CCP “firmly opposes” any “separatist” attempts to promote Taiwanese independence. Though this strong wording is not coming for the first time, the CCP’s continued focus on Taiwan is meant to impress upon the West that it should prepare to meet a stronger China under Xi in the future.

In other words, this reiteration of a strong stance on Taiwan indicates that tensions will continue to rise in the Taiwan strait with unceasing, and perhaps increasing, air and maritime incursions into Taiwan’s air defense identification zone (ADIZ) and maritime boundaries.

With Taiwan becoming a key flashpoint of contention for both the United States and Japan, increased friction here will likely cause further tensions in China’s ties with these powers.

Further, it’s expected that as Xi Jinping consolidates power, Tokyo will be prepared for China’s continued maritime adventurism in the East China Sea and further in the South China Sea (SCS) as well. (ANI)