India defence boss, wife and 11 others killed in helicopter crash 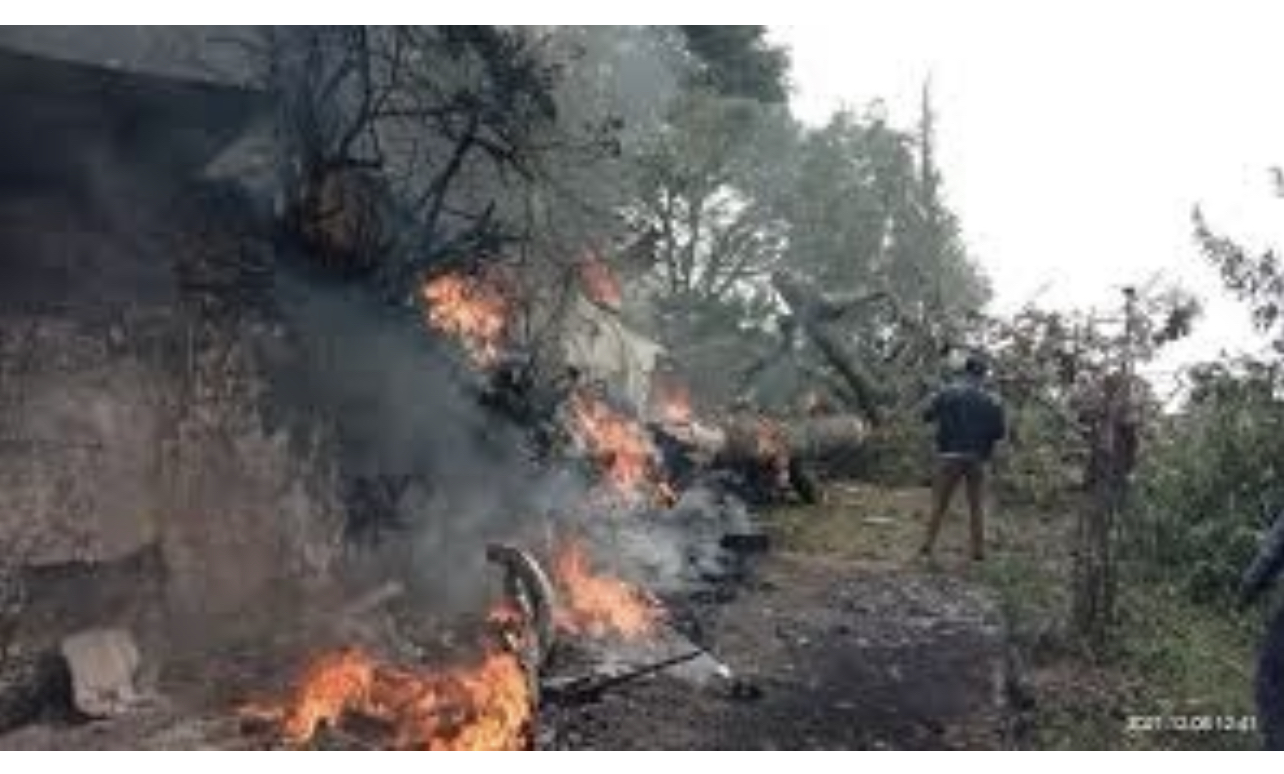 New Delhi — General Bipin Rawat, the Chief of Defence Staff (CDS) died after a military helicopter crashed in Coonoor in Tamil Nadu on Wednesday, the Indian Air Force said today. “With deep regret, it has now been ascertained that Gen Bipin Rawat, Mrs Madhulika Rawat and 11 other persons on board have died in the unfortunate accident,” tweeted IAF.Gen Rawat, India’s first CDS was on a visit to the Defence Services Staff College in Wellington to address the faculty and student officers of the Staff Course when his chopper crashed near Coonor in the Nilgiris district.“Gen Bipin Rawat, Chief of Defence Staff (CDS) was on a visit to Defence Services Staff College, Wellington (Nilgiri Hills) to address the faculty and student officers of the Staff Course today,” the IAFadded. Gen Rawat had taken off from Sulur Airbase for Wellington and was accompanied by his wife Madhulika Rawat, his DA Brigadier LS Lidder, SO Lieutenant Colonel Harjinder Singh, among other defence officials. “Around noon today, an IAF Mi 17 V5 helicopter with a crew of 4 members carrying the CDS and 9 other passengers met with a tragic accident near Coonoor, TN,” the Indian Air Force said in a tweet.Group Captain Varun Singh, SC, Directing Staff at DSSC, the sole survivor of the crash, is undergoing treatment for his injuries at Military Hospital in Wellington.General Rawat was India’s first Chief of Defence Staff. With his appointment in the topmost position in December 2019, he was the one-point advisor to the government matters related to the military including the Army, Navy and the Air Force. “Deeply anguished by the sudden demise of Chief of Defence Staff Gen Bipin Rawat, his wife and 11 other Armed Forces personnel in an extremely unfortunate helicopter accident today in Tamil Nadu. His untimely death is an irreparable loss to our Armed Forces and the country,” Defence Minister Rajnath Singh tweeted. “General Rawat had served the country with exceptional courage and diligence. As the first Chief of Defence Staff he had prepared plans for jointness of our Armed Forces,” Singh added. A veteran of counterinsurgency warfare, CDS Rawat served in the most difficult terrains including northern and eastern commands.CDS Rawat was commissioned into the Indian Army in December 1978. He previously served as Chief of the Army Staff from January 2017 to December 2019. (ANI)