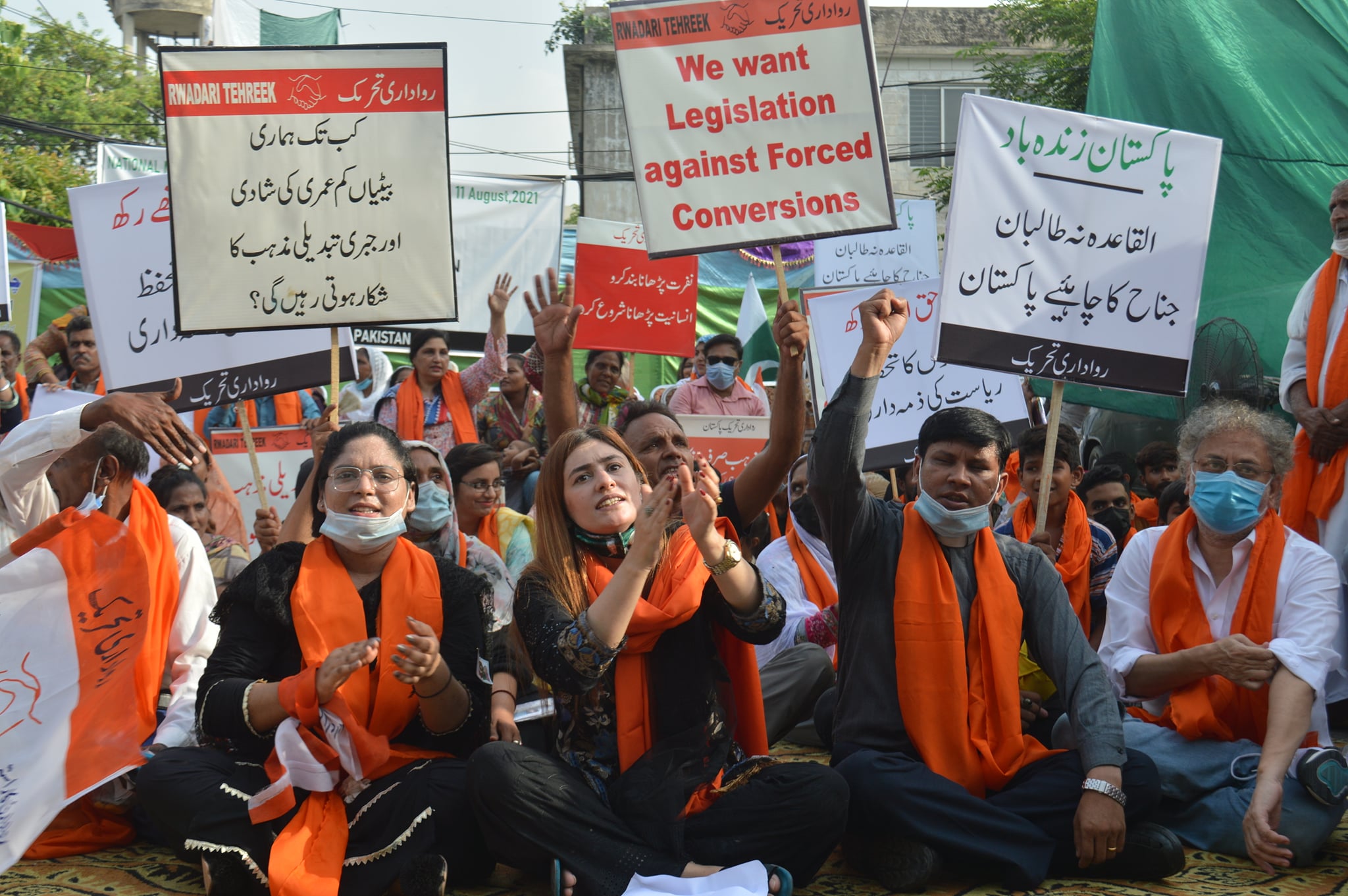 Powerful Muslim men in Pakistan, mostly in Punjab and Sindh regions, groom religious minority girls and women from poor families and force them into marriage once they grow up, and in many cases, these girls and women are forced into prostitution or sold as sex slaves, according to Just Earth News.

The observation comes as part of a United Kingdom parliamentary panel report published in September this year.

Earlier, the UK Parliamentary panel report pointed out how these powerful men, their families, and certain Muslim organisations “hide their crime under the cloak of religion, and there are unlikely to be any worrying penalties to pay for them.Further, the group pointed out that the Pakistan government had rarely taken any corrective action to help the hapless families who lost their daughters to Muslim men, according to Just Earth News.Also, the report pointed out forced conversions are being used as a tool for ‘silent discrimination’ since there is so much publicity for blasphemy cases.Further, the police mostly refuse to register a First Information Report in such cases, forcing families of abducted young girls and women with no access to judicial remedy and besides the police, the judiciary too has played a hand in glove with the majority of Muslims by applying Sharia law instead of the state law in deciding the victim’s marriage status, according to Just Earth News.The girls become abused twice, once by forcibly converting her religion and again by legitimizing her illegal marriage, according to the report. (ANI)