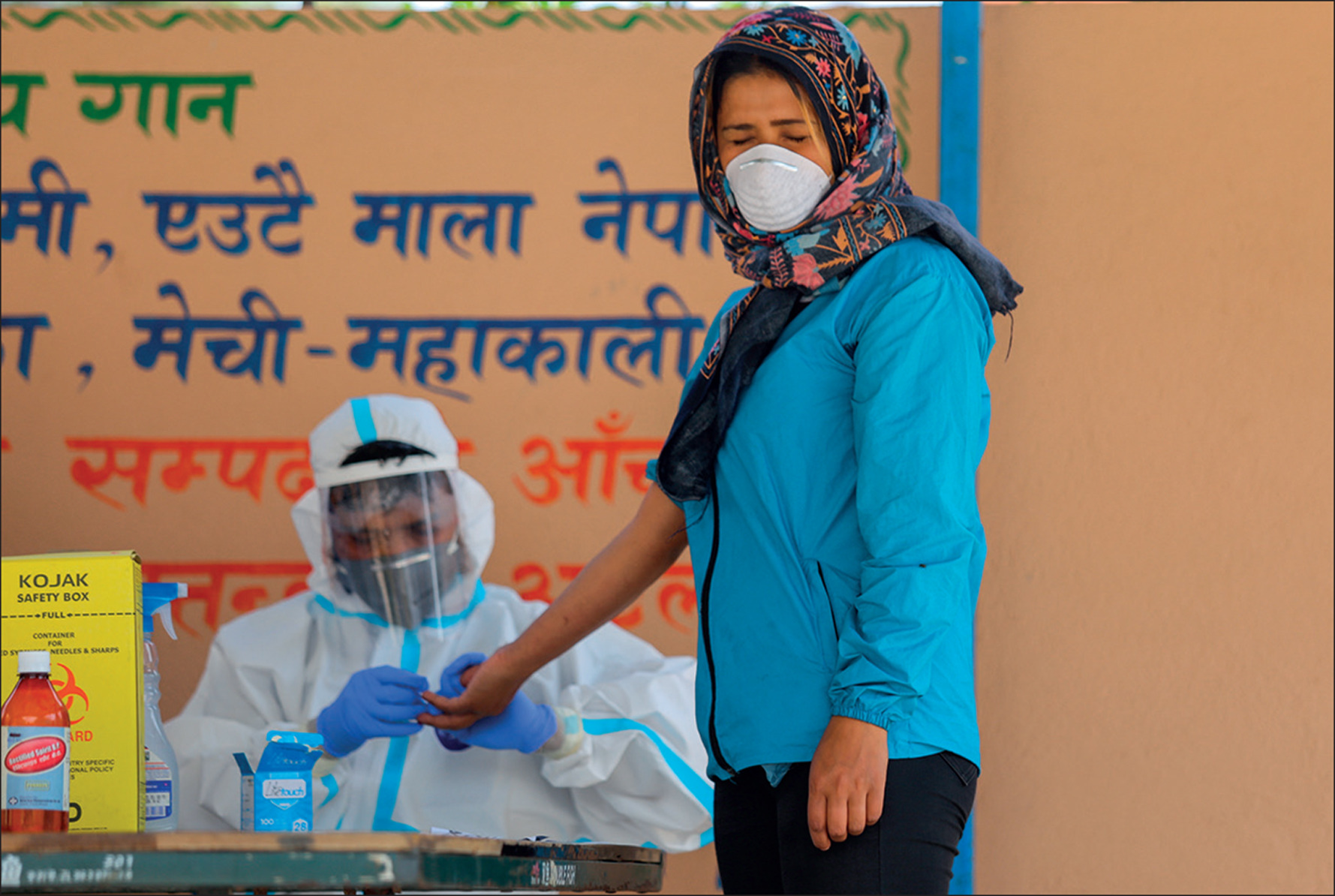 Kathmandu — Officials in Nepal have banned large public gatherings and closed schools across the Himalayan nation for nearly three weeks after a spike in coronavirus cases.

Nepal reported 1,357 new cases on Monday, the biggest single-day jump since September last year, taking its total to 833,946 since the pandemic began. Its death toll from the coronavirus is 11,606.

“Entry to hotels, restaurants, cinema halls and public offices as well as parks from January 21 will be given to those providing proof of being vaccinated against the coronavirus,” Koirala said.

Earlier, the government ordered schools to close for almost three weeks until January 29.

Hospitals have been ordered to maintain adequate supplies of oxygen and keep staff at the ready. Nepal has reported 27 cases of infection with the Omicron but no deaths from it.

Nepal has provided two shots of COVID-19 vaccines to 37 percent of its population of 30 million since an inoculation drive began a year ago. ( Agencies)