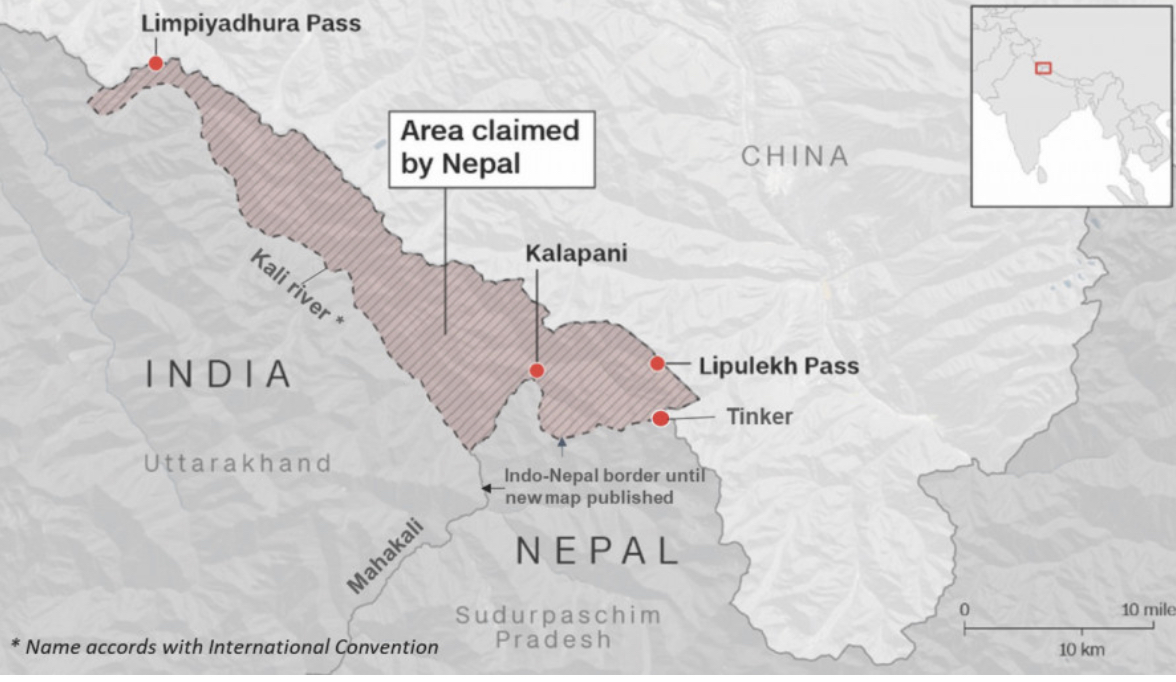 Kathmandu — The largest party of ruling collision  in Nepal, Nepali Congress has objected to the construction of the road by IndiaIndia in the Lipu Lek area, the National daily Rising Nepal writes.

General Secretary duo of the Nepali Congress, Gagan Thapa and Bishwa Prakash Sharma, issued a statement to this effect on Friday.

In the ‘Views of the Nepali Congress in Lipu Lek incident’ issued by them, the general secretary duo asked India to immediately stop the road construction in the Nepali territory as Lipu Lek, Limpiyadhura and Kalapani area is Nepal’s territory.

Stating that serious attention of the NC has been drawn to the views of the Indian Prime Minister Narendra Modi expressed a few days at a programme that India has been constructing a road in Lipu Lek, the NC statement mentioned that the NC has had its institutional view on the issue that Lipu Lek area is Nepal’s territory and that the road construction in the area by India is objectionable, condemnable, and it should be immediately stopped.

In the 7-point concept paper, the general secretary duo has also asked India to withdraw its military from the Lipu Lek, Limpiyadhura and Kalapani area.