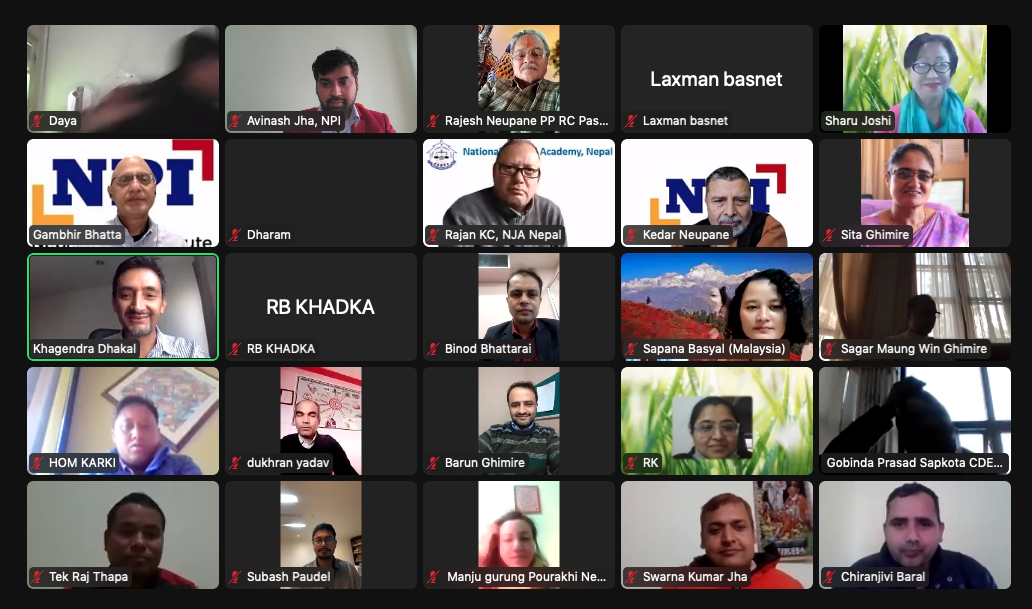 Kathmandu — The implementation of the apex court order to make necessary arrangements to ensure voting rights to Nepalis living abroad is less likely to be implemented largely due to dilly-dallying on the part of the government. The government officials argue that it is not feasible for implementation.

The stakeholders, however, have maintained that it is feasible to implement the Supreme Court order. They have also demanded the government to ensure speedy implementation of the apex court order.

At a virtual policy dialogue series organized by Nepal Policy Institute (NPI) on Sunday, the stakeholders said that it is not difficult to ensure franchise rights for Nepali immigrants if available technology is used.

He further said, “The apex court has issued an order to this effect, but no further action has been taken to ensure its implementation.” Uprety argued that Nepali people residing outside the country can be included in voters’ roll in coordination with the Election Commission and Ministry of Foreign Affairs.

“Image and biometrics are taken while issuing passports. These records are collected also in the course of providing voters’ ID cards”, he further said, adding, “The Election Commission can obtain these informations from the Foreign Ministry”.

Associate Dean of Kathmandu University School of Management Prof Dr Achyut Wagle said franchise rights would continue to remain until and unless citizens voluntarily renounce their passport and citizenship cards.

“There have been political manipulations on the data of Nepali people residing abroad. It is stated that over four million people are residing outside which is a grave issue. This will adversely affect the management,” Dr Wagle noted.

“There is no source to support the data that four million Nepali people are living abroad”, he commented.

“Remittance has substantially contributed to the national economy by maintaining macroeconomic stability. It has also provided support in enhancing access to nutrition and primary education, and also expanding urbanization. So, those making such contributions should in no way be deprived of franchise rights,” said senior advocate Dinesh Tripathi.

He further said the state has no option but to implement the apex court order. “It may be noted that the apex court had issued an order to arrange voting rights for the Nepali people residing abroad some four years ago. The Constitution has also not imposed any discrimination among the citizens. Now, we are in a technology-enabled world which does not distinguish any borders. With the use of technology, voting arrangements can be made easily,” he further said.

“The State is only required to show political will for the management. There is a need to make broader advocacy at a higher level for this,” Tripathi added.

NPI Chairman Khagendra Dhakal also stressed the need to immediately enforce the apex court order in favor of Nepali immigrants who have contributed immensely to the national economy.

“The Philippines, Mexico and Indonesia have already granted voting rights to its citizens residing outside the country.  We should also take this reference,” he asserted.

Human rights advocate, Saru Joshi, who also moderated the event, also underscored the need to pile up pressure on the political parties to get franchise rights materialized for immigrants.