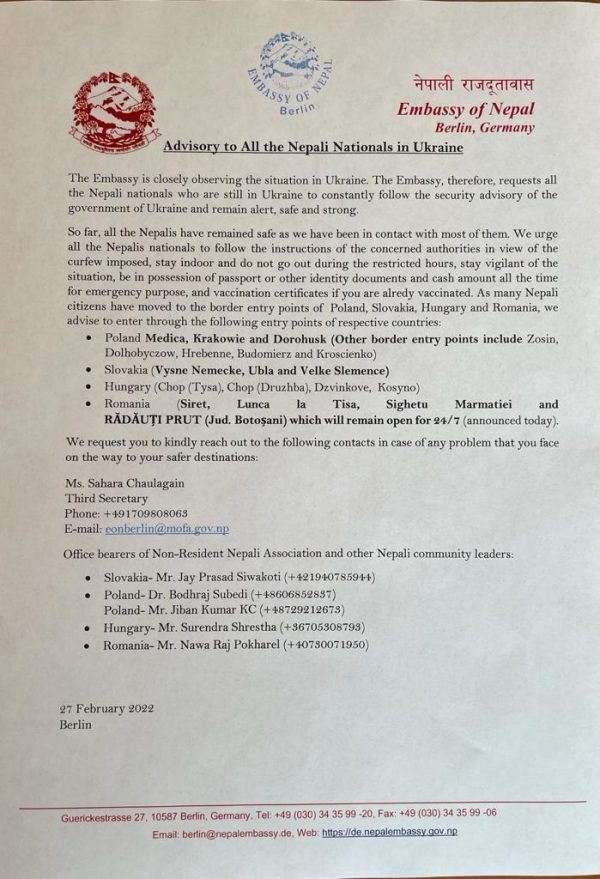 According to the Nepali embassy in Germany, three Nepalis trapped in the eastern Ukrainian city of Kharkiv have also escaped safely.

Most of those who have left Ukraine have entered Poland.

Advisory of the Embassy of Nepal in Berlin as of 28 February 2022 pic.twitter.com/JXbRIbwN5U