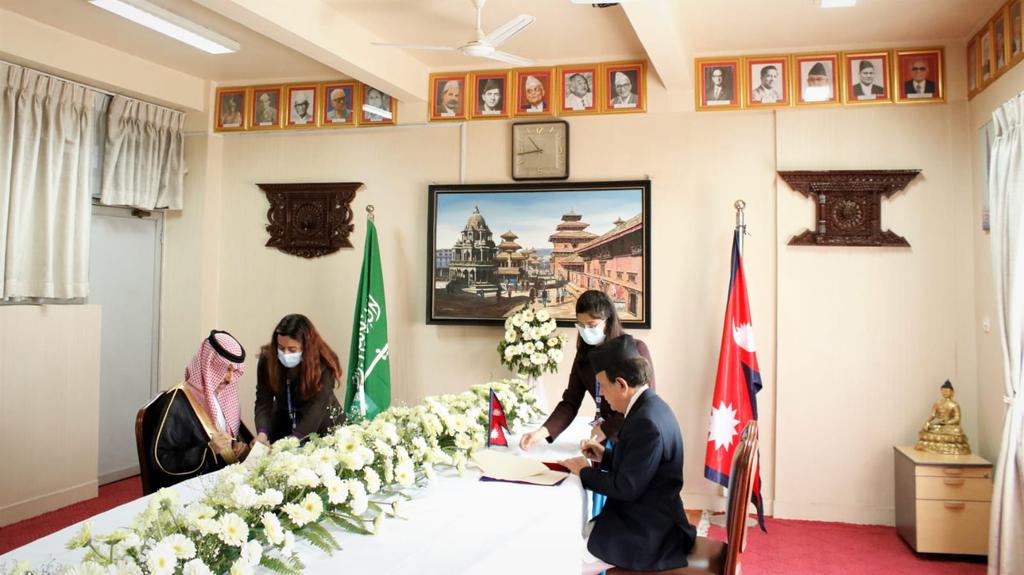 Kathmandu —  Nepal and Saudi Arabia have signed an agreement to enhance mutual cooperation between the two countries.

The agreement was signed at a meeting between the Foreign Ministers of Nepal and Saudi Arabia at the Ministry of Foreign Affairs in Singha Durbar on Tuesday.

Saudi Foreign Minister Prince Faisal arrived in Kathmandu on Monday for a two-day visit to Nepal.