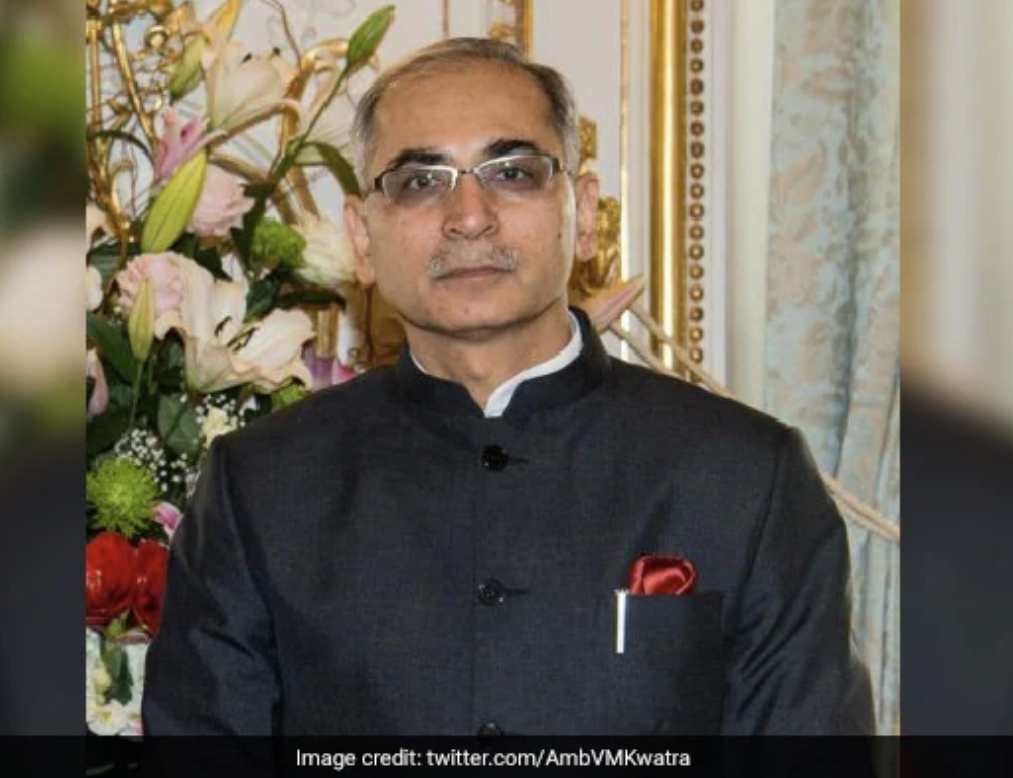 New Delhi — Vinay Mohan Kwatra, India’s ambassador to Nepal, has been named the new foreign secretary by the Centre on Monday. Mr Kwatra succeeds Harsh Vardhan Shringla who is set to retire at the end of this month.

The Appointments Committee of the Cabinet has approved the appointment of Kwatra to the post of Foreign Secretary upon the superannuation of Shringla on April 30, 2022, the government order said.

Mr Kwatra, a 1988-batch Indian Foreign Service (IFS) officer, has held positions in India’s diplomatic missions in Washington DC, Beijing and has also served as Joint Secretary in the Prime Minister’s Office during his 32 years of service.

Prior to his diplomatic posting to Nepal in 2020, he served as the Ambassador of India to France from August 2017 to February 2020. ( NDTV)