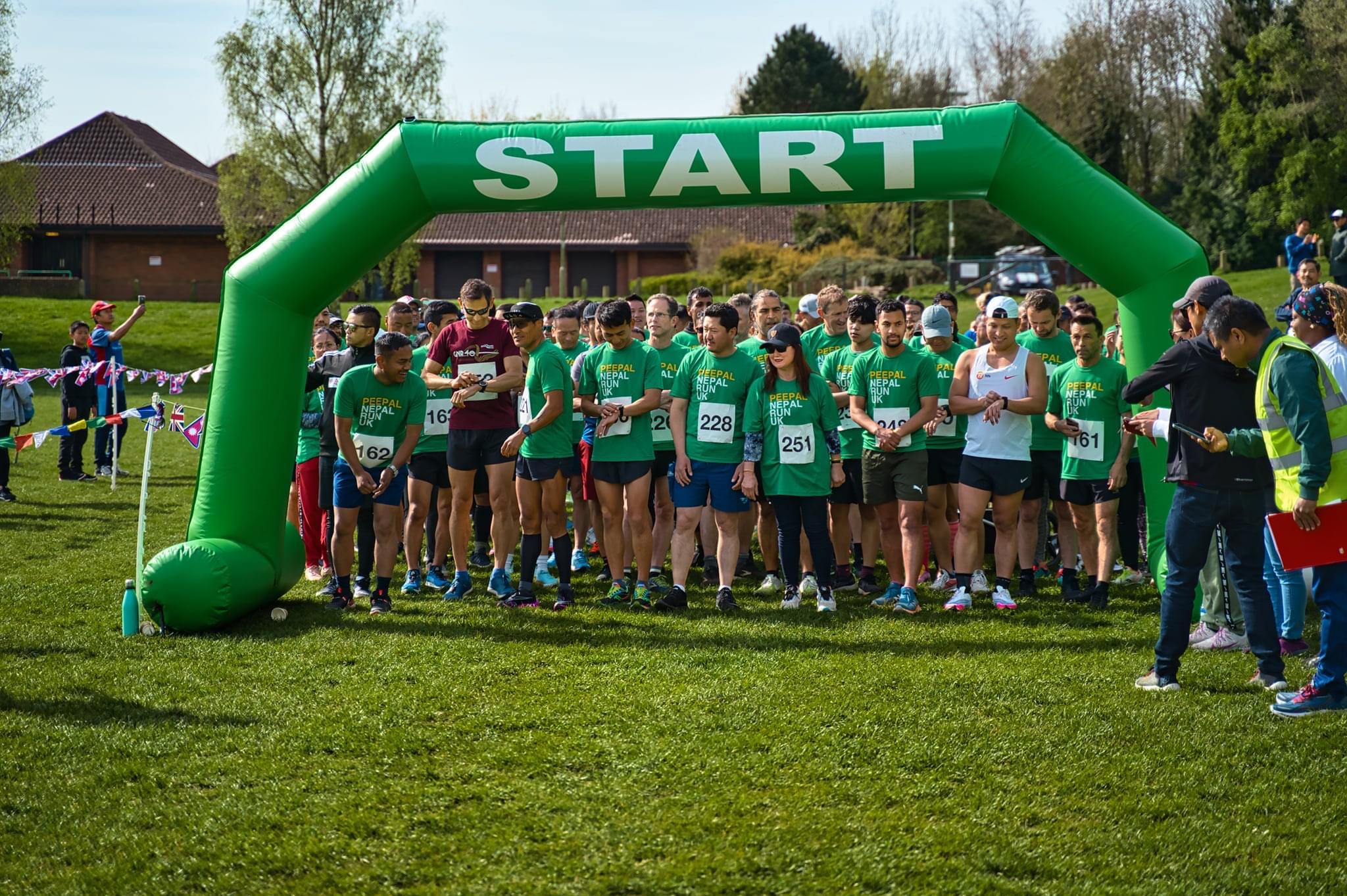 London —   Nepali community in the UK has celebrated Nepali New Year by participating  in the 5K run event organised by Nepal Run  U.K.

The program  was inaugurated by Roshan Khanal, Deputy Chief of Mission at the Nepali Embassy in London.  Speaking on the occasion, Deputy Chief Khanal said “such activities would be important for health awareness and brotherhood and unity among the Nepali community.”  She also said that the embassy would extend full support to such programs.

The run was supported by Pokhreli Forum UK and the Beijingstock Napli  Community. The main sponsor of the race was Peepal  Mortgage and co-sponsor was AESN.

The race was organized on the occasion of  Nepali New Year.     “The aim of the program was to promote  health and fitness awareness and also to support integration between the  British  and the Nepali community”, coordinator of  the program , former president of NRNA U.K.  Poonam Gurung said.

Before the inauguration of the race, a minute’s silence was observed in honor of the late Daman Gurung, the runner of Nepal Run who  passed away on April 13 .