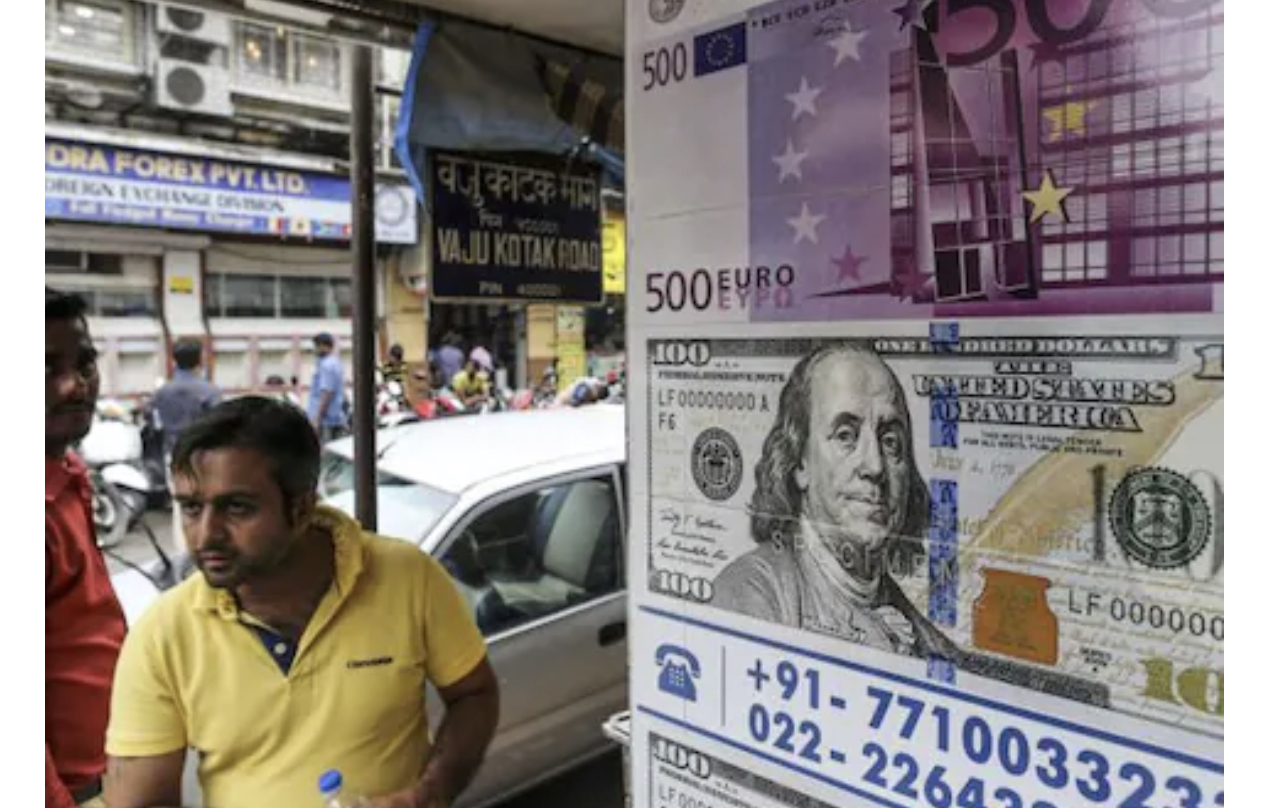 New Delhi — Since last six weeks India’s foreign exchange reserves are continuously facing a downfall. As per the latest RBI data the reserves have shrunk by another $311 million in the week to April 15 to stand at $603.694 billion.

Forex reserves fell by $2.471 billion, in the previous reporting week that ended on April 8.

India’s forex reserves have come under pressure. This comes amid US dollar spiking against key currencies in the recent weeks amid Fed’s aggressive posturing on monetary policy tightening to rein in surging inflation.
The world is battling inflation. As Russia and Ukraine are fighting, war has further distorted supply chains  which were already disrupted by the pandemic. The dollar index, which measures the greenback’s performance versus a basket of six currencies, rose to a two-year high this week, breaching the 100-level and hitting over a two-decade high against the yen on interest rate dynamics.

That interest rate differential has strengthened the dollar and weighed on currency reserves, with Sri Lanka and Nepal being the prime examples of that fallout.

India has not been spared. Although its import cover is still significant at over $600 billion, despite the fall in its forex reserves for the sixth consecutive week. Aside from the dollar’s rise, high global crude oil prices and ongoing capital outflows from the Indian stock market weighed on the native currency, reducing foreign reserves.

The weekly RBI report cites the forex reserve’s fall was because of a decline in the foreign currency assets (FCA) – a significant component of the overall reserves.

FCAs are expressed in dollar terms. These FCAs include the effect of appreciation or depreciation of non-US units like the euro, pound and yen held in the foreign exchange reserves. They have dropped by $877 million to $536.768 billion.

As per RBI data, India’s reserve position with the IMF fell by $16 mil-lion to $5.086 billion during the reporting week.