Bomb threat at Kathmandu Airport turns out to be hoax 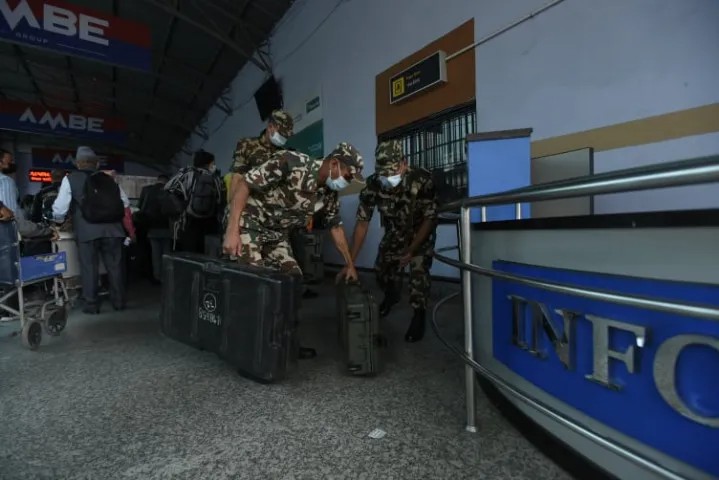 Kathmandu: A phone call made by an unknown person on Wednesday morning announcing that bombs have been planted at the domestic terminal of the Tribhuvan International Airport sent law enforcement agencies into a tizzy.

However, after a security check by personnel of the Nepal Police and the bomb disposal squad of the Nepal Army, it was confirmed that it was a hoax bomb threat call.

The threat call was a hoax. We have started an investigation into the case, said Superintendent of Police Santosh Singh Rathore, Spokesperson of the Metropolitan Police Office, Ranipokhari.

TIA office said that domestic flights have resumed as no such object was found at the building after a search operation carried out by a bomb disposal squad.

The airport which was stalled following the bomb hoax has been opened a while ago, TIA General Manager Prem Nath Thakur said. Source: Nepal Live Today