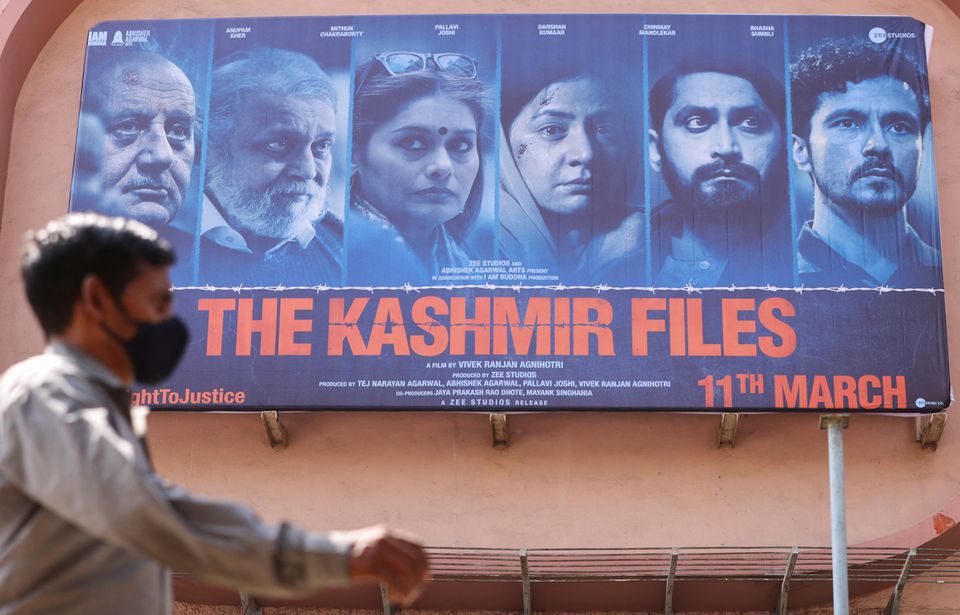 SINGAPORE/Reuters: Singapore has banned a controversial Indian film about the exodus of Hindus from Muslim-majority Kashmir, citing concerns over its “potential to cause enmity between different communities”.

“The Kashmir Files” has been praised by Indian Prime Minister Narendra Modi and his right-wing Hindu nationalist followers, and has proved a box office hit, but critics say it is loose with facts and fans anti-Muslim sentiment. read more

“The film will be refused classification for its provocative and one-sided portrayal of Muslims and the depictions of Hindus being persecuted in the ongoing conflict in Kashmir,” the Singapore government said in a statement on Monday in response to media queries.

“These representations have the potential to cause enmity between different communities, and disrupt social cohesion and religious harmony in our multi-racial and multi-religious society,” the statement added.

Singapore’s 5.5 million population is made up mainly of ethnic Chinese, Malays and Indians. The Southeast Asian city-state has strict laws that punish any attempts to disrupt inter-racial and religious harmony.

Hundreds of thousands of people, many of them Hindus, fled from Kashmir after a violent uprising against Indian rule began in 1989.

Supporters of the 170-minute Hindi-language movie say it shines a light on an often-overlooked chapter of Kashmir’s history while others see it as evidence of the growing religious polarisation Modi’s critics say he has fostered since coming to power in 2014.