Indian PM is landing in Nepal: What will he do? – South Asia Time

Indian PM is landing in Nepal: What will he do? 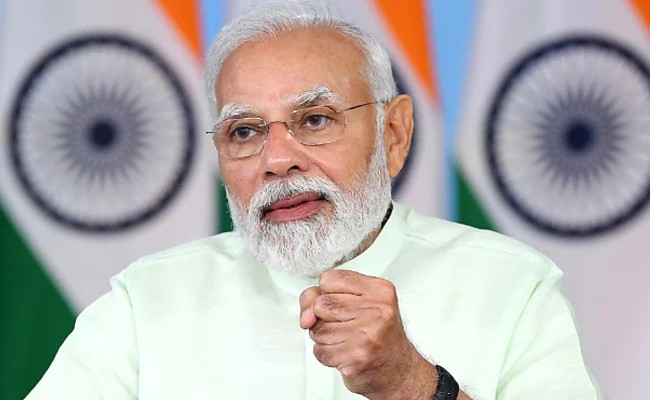 Kathmandu: Indian Prime Minister Narendra Modi is arriving in Lumbini Monday morning—his fifth visit to Nepal as the Prime Minister of India. He is scheduled to attend the special ceremony on the auspicious occasion of Buddha Jayanti.

According to the departure statement issued by the Office of the Indian PM, Modi will offer prayers at the Mayadevi Temple on the auspicious occasion of Buddha Jayanti. “I am honoured to follow in the footsteps of millions of Indians to pay reverence at the sacred site of Lord Buddha’s birth,” says the Indian PM in the statement.

He is also going to meet his Nepali counterpart Sher Bahadur Deuba.

“Apart from visiting the holy Mayadevi Temple, I will be participating in “Shilanyas” ceremony of the India International Centre for Buddhist Culture & Heritage in the Lumbini Monastic Zone. I will also be attending celebrations to mark the occasion of Buddha Jayanti organised by the Government of Nepal,” according to PM Modi.

The Indian PM has upheld the bilateral relations between India and Nepal in his statement. “Our ties with Nepal are unparalleled. The civilisational and people-to-people contacts between India and Nepal form the enduring edifice of our close relationship. My visit is intended to celebrate and further deepen these time-honoured linkages that have been fostered through centuries and recorded in our long history of inter-mingling,” he has written.

While the visit by the Indian PM to Lumbini of Nepal, the birthplace of Lord Buddha, is highly significant in terms of boosting Nepal-India cultural and religious tourism apart from enhancing cultural and religious bonding between the two countries, the report that he is avoiding using Gautam Buddha International Airport has raised some concerns in Kathmandu.

We need to ask Indian PM Modiji, who is on a trip not to promote our Lumbini but Kushinagar of India, to land in Lumbini via wide-body jet not via helicopter, wrote Dr Devendra Raj Panday, civil society leader and former finance minister of Nepal on his May 4 tweet.

According to Indian media, Modi is deliberately not using Gautam Buddha International Airport, the successful operation of which is going to depend on when and whether the Indian authorities will grant air entry permits to Nepal.

Gautam Buddha airport, however, is not funded by China. It has been constructed with loan assistance from Asian Development Bank. Construction work was awarded to China’s Northwest Civil Aviation Airport Construction Group through competitive bidding.

Interestingly, while the Indian PM is set to inaugurate the Kushinagar International Airport, some 75 KMs away from Lumbini, before flying by helicopter to Lumbini to meet Deuba, Deuba is also scheduled to inaugurate Gautam Buddha airport before meeting his Indian counterpart.

Following the meeting with Nepal PM, a high-level diplomatic meeting between the two countries is also expected to take place in Lumbini. The Indian PM is scheduled to return home around the evening.