UN Chief Says Ukraine Conflict ‘Will Not Last Forever,’ But No Sign of Cease-fire Soon 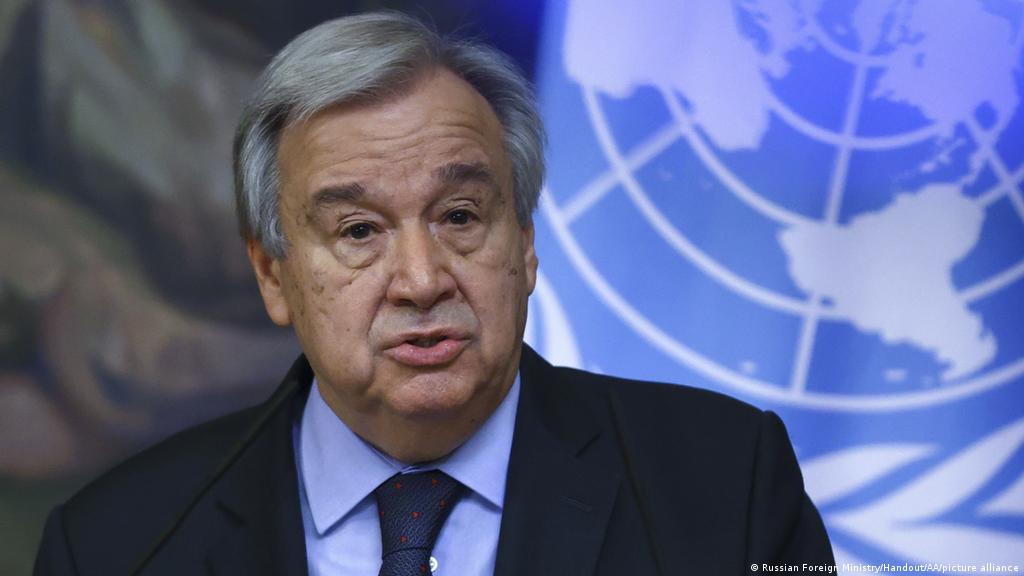 VIENNA: U.N. Secretary-General Antonio Guterres said Wednesday it is clear there are “no immediate chances of a peace agreement in Ukraine,” but he pledged that the world body “will never give up” and “must always be ready to do everything we can to end this senseless war.”

Speaking in Vienna alongside Austrian President Alexander Van der Bellen, Guterres told reporters that the U.N. is doing what it can to save lives and facilitate evacuations and humanitarian aid.

Ukrainian officials said the country’s forces have made gains in pushing Russian forces out of Kharkiv, a city in northeastern Ukraine that has been under attack since Russia launched its invasion in late February.

Ukrainian President Volodymyr Zelenskyy cautiously offered what he called “good news” in an address late Tuesday, saying “the occupiers are gradually being pushed away.”

“But I also want to urge all our people … not to spread excessive emotions,” Zelenskyy said. “We should not create an atmosphere of excessive moral pressure, where victories are expected weekly and even daily.”

The Ukrainian leader also tweeted his appreciation early Wednesday to the U.S. House of Representatives for approving a bill authorizing nearly $40 billion in new military and humanitarian aid for Ukraine.

The measure must still be approved by the U.S. Senate, and it includes $7 billion more than President Joe Biden asked for last week.

Biden said his administration has “nearly exhausted” his existing authority to send weapons and other military equipment from Pentagon stockpiles.

“The additional resources included in this bill will allow us to send more weapons, such as artillery, armored vehicles, and ammunition, to Ukraine,” White House press secretary Jen Psaki said in a statement. “And they will help us replenish our stockpile and support U.S. troops on NATO territory.”

Britain’s defense ministry said Wednesday that Ukrainian forces have been successful in using drones to hit Russian air defenses and resupply vessels as Russia tries to reinforce a garrison on Zmiinyi Island.

The ministry highlighted the importance of the site, saying if Russia is able to consolidate its position with strategic air defense and coastal defense cruise missiles, “they could dominate the northwestern Black Sea.”

Russia launched missile attacks Tuesday on the Black Sea port of Odesa, Ukrainian officials said, as Moscow attempted to disrupt critical weapons shipments and supply lines into Ukraine in the 11th week of the grinding war.

Mayor Gennady Trukhanov visited the warehouse at daybreak and said it “had nothing in common with military infrastructure or military objects.”

Ukraine contended that some of the munitions fired at Odesa dated back to the Soviet era, making them unreliable at targeting. But a Ukrainian think tank tracking the war, the Center for Defense Strategies, said Moscow used some precision weapons against Odesa: Kinzhal, or “Dagger,” hypersonic air-to-surface missiles.

However, Pentagon press secretary John Kirby told reporters that he’d seen “no evidence to speak [of] with respect to hypersonic missiles being fired at Odesa.”

Kirby added that there has been “no impact to the flow of and shipment of materiel into Ukraine, either as a result of the strikes on Odesa or the strikes anywhere else.”

Fighting has been concentrated in eastern and southern Ukraine in recent weeks after Moscow pulled troops from elsewhere in the country, including the area surrounding the capital of Kyiv in northern Ukraine.

However, Avril Haines, the U.S. director of national intelligence, told the Senate Armed Services Committee that the intelligence community assesses that Russian President Vladimir Putin will not be content with capturing eastern Ukraine, if that even occurs.

“We assess President Putin is preparing for prolonged conflict in Ukraine during which he still intends to achieve goals beyond the Donbas” region, Haines said.

“We assess that President Putin’s strategic goals have probably not changed, suggesting he regards the decision in late March to refocus Russian forces on the Donbas as only a temporary shift to regain the initiative after the Russian military’s failure to capture Kyiv,” she said.

There appears to be no end near in the fighting, with inconclusive results so far, even with thousands of Russian forces and Ukrainian troops and civilians killed.

Lieutenant General Scott Berrier, the director of the U.S. Defense Intelligence Agency, told the Senate committee that neither side is winning.