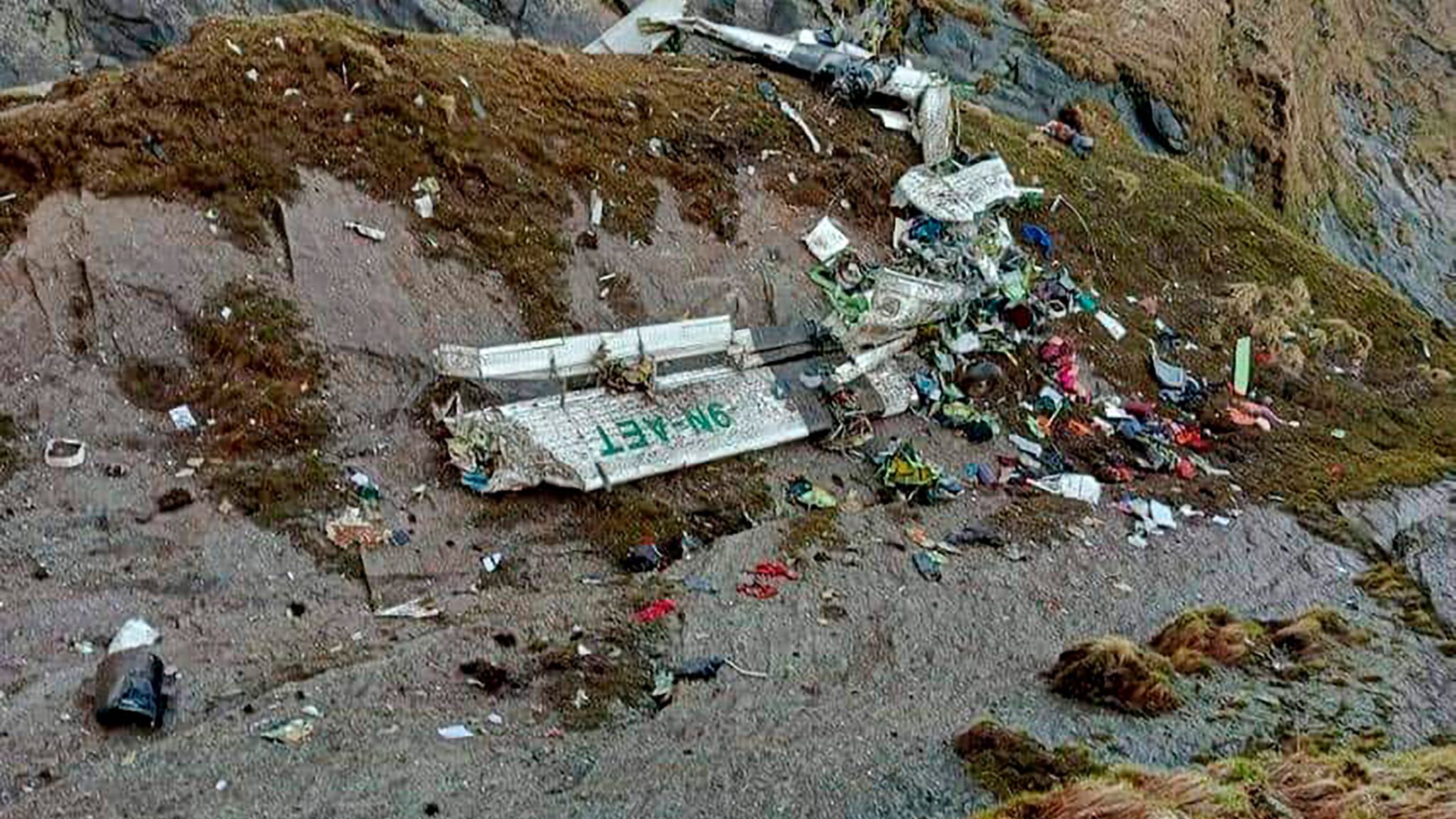 Kathmandu  (RSS):  The bodies of 14 persons have been found at the site at Sansure, Thalang rural municipality-2 of Mustang district where a Tara Air plane crashed on Sunday.

The District administration Office Mustang said the security personnel and locals who reached the crash site found 13 bodies at 10.30 am.

The administrative officer at the Office, Devendra Raj Pandey said the identity of the bodies pressed by the aircraft wreckage is being established.

The team of army and police personnel and Sherpas who reached the crash site by helicopter and the locals who reached via the land route are retrieving the bodies and searching for the missing ones.

A contingent of about 100 security personnel has reached close to the crash site which is at an altitude of more than 4,000 meters from the mean sea level.

Administrative officer Pandey said sending additional security personnel and bringing the bodies back by helicopter has been difficult due to the fog cover at the crash site.

There is a plan of bringing the bodies to Kobang via helicopter after search and rescue and the retrieved bodies are identified and a police report about this is prepared.

A helicopter each of the Nepal Army, Fishtail Air, and Kailash Air had been mobilized for the search, said Chief District Officer, Mustang, Netra Prasad Sharma.

The wreckage of the aircraft was recovered at the foot of Manapathi Mountain, around a four-hour walk from Kowang of Thasang Rural Municipality. A search effort for the plane throughout Sunday was affected by bad weather conditions.

Yarchagumba pickers and shepherds in the area had heard a big bang probably caused by the plane crash into the mountain.

A team of the Nepal Army from Kathmandu on Sunday reached the incident site along with the required materials for a rescue.

The Twin Otter aircraft of Tara Air with 22 people including three crew members on board took off at 9:55 am from Pokhara for Jomsom and lost contact with the air control in Jomsom at 10:07 am.

Being affected by bad weather conditions, the plane later turned through the Dhaulagiri and Manapathi Mountains towards Pokhara instead of flying to Jomsom, said, local people.

The passengers included 12 Nepali people, four Indian, and two Germans, according to the Tara Air.