Biden aims to ‘strengthen a strategic partnership’ with Saudi Arabia 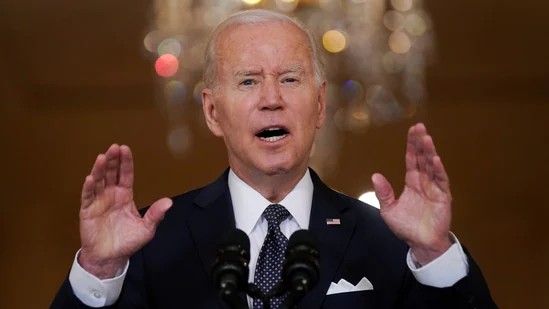 US President Joe Biden said Saturday he aims to “strengthen a strategic partnership” with Saudi Arabia during a controversial visit there next week, but added that he will hold true to “fundamental American values.”

“I know that there are many who disagree with my decision to travel to Saudi Arabia. My views on human rights are clear and long-standing, and fundamental freedoms are always on the agenda when I travel abroad, as they will be during this trip,” Biden wrote in a Washington Post opinion piece published Saturday.

While Biden is expected to press for increased Saudi oil production in the hope of taming spiraling fuel costs and inflation at home, his visit signals a shift: an apparent abandoning of efforts to ostracize the kingdom’s de facto leader, Crown Prince Mohammed bin Salman, over the horrific murder of a dissident.

As a presidential candidate, Biden said the 2018 murder and dismemberment of Jamal Khashoggi — a Saudi-born US resident known for writing critical articles about the kingdom’s rulers for The Washington Post — had made the country a “pariah.”

US intelligence findings released by the Biden administration identified bin Salman, often referred to as MBS, as the mastermind of the operation.

Last month Biden had sought to distance himself from the upcoming encounter, stressing to reporters he was going to meet with King Salman and his team.

But the White House confirmed earlier this week that he will meet MBS as part of that larger delegation during the trip.

“As president, it is my job to keep our country strong and secure,” the US leader wrote Saturday in the Washington Post. (AFP)