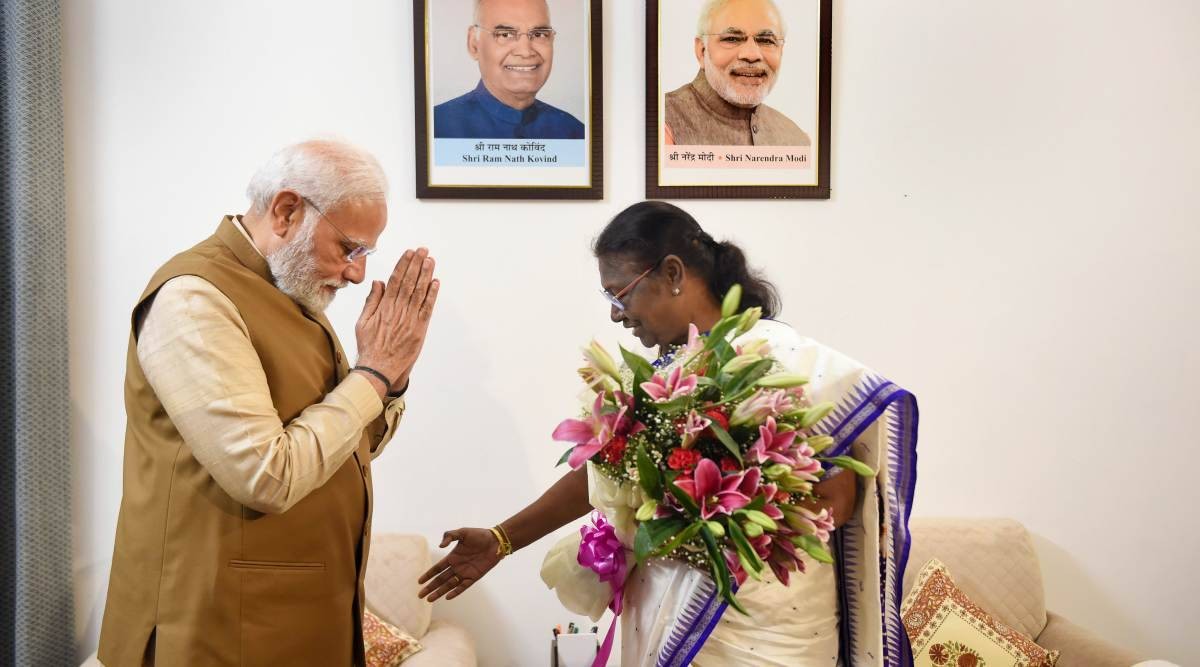 Delhi: NDA Presidential candidate Droupadi Murmu on Thursday scripted history by becoming the country’s first tribal President defeating Opposition nominee Yashwant Sinha. Murmu, 64, won by a huge margin against Sinha after receiving over 64 per cent valid votes in the counting of ballots of MPs and MLAs, that continued for over 10 hours, to succeed Ram Nath Kovind.

At the end of the counting process, returning officer P C Mody declared Murmu as the winner adding that she secured 6,76,803 votes against Sinha’s 3,80,177 votes to become the 15th President of India. Murmu, 64, is the first Adivasi and second woman to become the nation’s First Citizen and the Supreme Commander of India’s Armed Forces.

Murmu was elected to two terms in the Odisha Assembly in 2000 and 2004, and served as a Minister from 2000 to 2004 in Chief Minister Naveen Patnaik’s BJD-BJP coalition government. She was sworn in as the first woman Governor of Jharkhand in 2015.