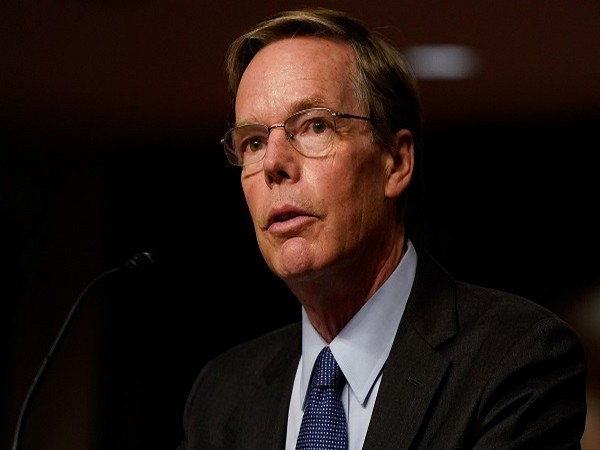 BEIJING: In his first TV interview since taking up his post in Beijing six months ago US Ambassador to China, Nicholas Burns said that China needs to convince the rest of the world it is not an “agent of instability” and will act peacefully in the Taiwan Strait.

He also spoke about recent visit of US House Speaker Nancy Pelosi to Taiwan and China’s aggressive military drills around Taiwan, reported CNN.

“We do not believe there should be a crisis in US-China relations over the visit — the peaceful visit — of the Speaker of the House of Representatives to Taiwan … it was a manufactured crisis by the government in Beijing. It was an overreaction,” Burns told CNN Friday from the US Embassy.

It is now “incumbent upon the government here in Beijing to convince the rest of the world that it will act peacefully in the future,” the ambassador said. “I think there’s a lot of concern around the world that China has now become an agent of instability in the Taiwan Strait and that’s not in anyone’s interest.”

Burns, a career diplomat and former US ambassador to NATO, arrived in Beijing in March to take up what is arguably the US’ most important diplomatic posting — navigating US-China ties already strained by tensions over a range of issues including China’s human rights record, trade practices and military expansion in the South China Sea.

China’s stringent COVID-19 restrictions have also reduced diplomatic travel into and out of China, placing Burns even more squarely at the front line of handling the increasingly contentious relationship between the world’s two largest economies, reported CNN.

The contentious relationship was evident on the night on August 2, when Burns received a summons for a meeting with Chinese Vice Foreign Minister Xie Feng at what he describes as the exact moment that the plane carrying Pelosi and her congressional delegation landed in Taipei. “I defended the speaker. I defended her right to travel to Taiwan. I defended the peace and stability that we’ve had in the Taiwan Strait for nearly six decades,” Burns said, adding that he challenged Xie to ensure that the Chinese government would act in a way that would “promote peace and stability.”

The US upholds a “One China” policy, but has never accepted China’s ruling Communist Party’s claim of sovereignty over Taiwan. Washington maintains “strategic ambiguity” over whether it would come to Taiwan’s defense in the event of a Chinese attack.

The Communist Party has long vowed to “reunify” the island, which it has never controlled, with the Chinese mainland, by force if necessary.

China decried the Pelosi visit as a violation of its “sovereignty and territorial integrity,” with Burns’ counterpart, Chinese Ambassador to the US Qin Gang earlier this month saying the US must “bear the responsibilities” for the situation it has created. When asked whether any lessons Beijing may have learned from observing Russia’s invasion of Ukraine could be applied to Taiwan, Burns said the US is “watching China very carefully as it conducts its relationship with Russia.” China has refused to condemn the invasion or refer to it as such. (ANI)